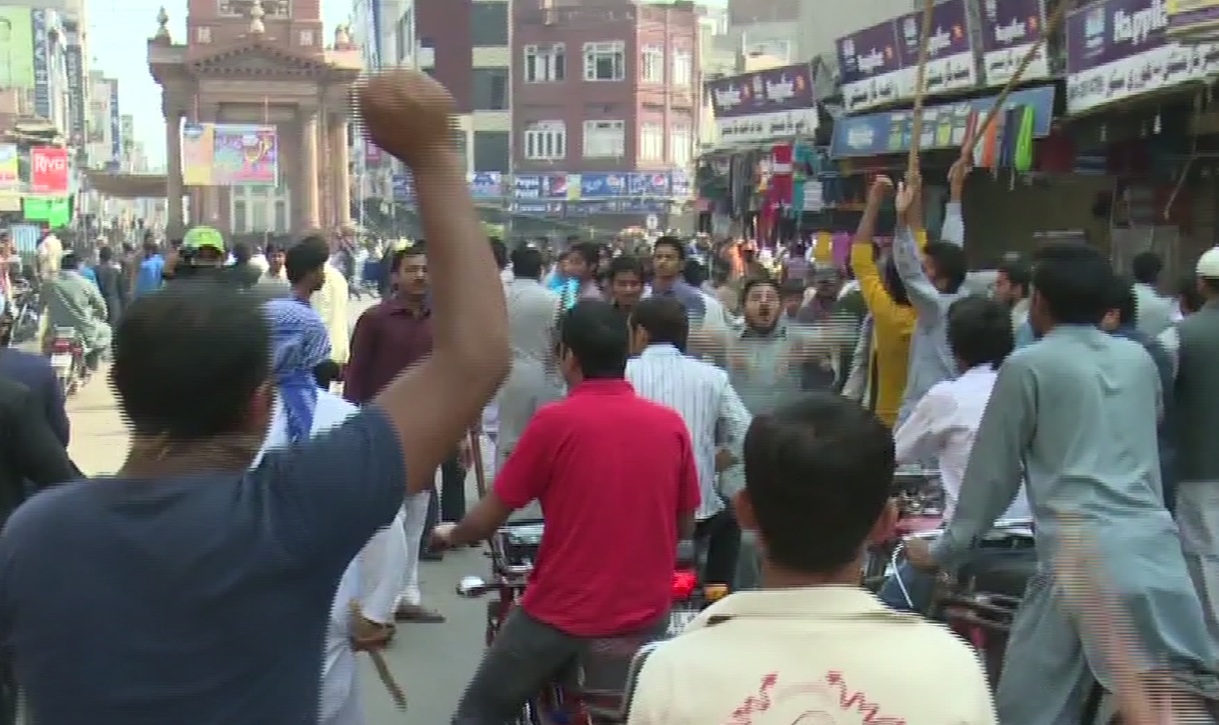 FAISALABAD (92 News) – Sunni Ittehad Council (SIC) on Tuesday staged protested against the ban on use of loud speakers in mosques by blocking all the important roads and forcibly closing markets in the city. SIC chief Hamid Raza said that they cannot remain silent over the ban and arrests of prayer leaders. “If the Punjab government plans to use force against us, we will retaliate with full force. Only the government will be responsible for any untoward incident,” he warned. The stick-wielding protesters forcefully shut down the Jhang Bazaar, while the police played the role of a spectator.