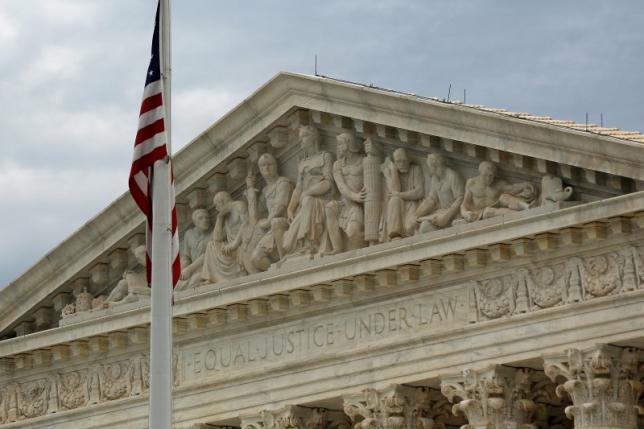 WASHINGTON - The US Supreme Court took up a major new abortion case, agreeing to hear a challenge by abortion providers to parts of a restrictive, Republican-backed Texas law that they contend are aimed at shutting clinics that offer the procedure. The case focuses in part on a provision that has not yet gone into effect requiring clinics to have costly hospital-grade facilities. A separate section of the 2013 law that requires abortion clinic physicians to have admitting privileges at a hospital within 30 miles (50 km) is also at issue but has gone into effect in most parts of Texas. The last time the nine justices of the Supreme Court decided a major abortion-related issue was in 2007 when they ruled 5-4 to uphold a federal law banning a late-term abortion procedure. The Supreme Court legalized abortion more than four decades ago but abortion remains a contentious issue in the United States and some states have sought to chip away at a woman's right to terminate a pregnancy. These states have pursued restrictions including bans on certain types of abortion procedures, regulatory standards imposed on clinics and abortion doctors, waiting periods, ultrasound requirements and others. The dispute will be one of most closely watched cases of the court's current term. Oral arguments are likely to be held in early spring, with a decision coming by the end of June. Backers of the Texas law asserted that the provisions being challenged before the Supreme Court were necessary to protect the health of women. "The advancement of the abortion industry’s bottom line shouldn’t take precedent over women’s health, and we look forward to demonstrating the validity of these important health and safety requirements in court," said Texas Attorney General Ken Paxton, a Republican. The abortion providers, represented by the Center for Reproductive Rights, asserted that the state's justifications are a smokescreen for trying to close down clinics to make abortions more difficult to obtain. They said that before the law was passed there were 42 clinics in the state that provided abortions. After the first part of the law went into effect, more than half of those clinics closed, leaving 19 currently open. If the court rules for Texas, nine of the remaining 19 facilities would be forced to close, the abortion providers said. Texas is a state of 27 million people. 'PLAYING POLITICS' "Playing politics with women’s health isn’t just wrong. It’s dangerous for many women who will have no safe and legal options left where they live, and may be forced to take matters into their own hands," said Nancy Northup, president of the Center for Reproductive Rights. The Supreme Court has been at the center of the fight over abortion ever since its 1973 landmark decision in the Roe v. Wade case legalizing abortion nationwide. The court in that case held that a woman's constitutional right to privacy protects her decision to end a pregnancy, and only a compelling state interest can justify regulating abortion. The core legal question in the matter coming before the court this term is whether the Texas law places an "undue burden" on the woman's right to have an abortion, a standard the high court adopted in a 1992 ruling that upheld Roe v. Wade. The abortion providers have contested the Texas law since it was passed in 2013 by the Republican-controlled legislature and signed by Republican Governor Rick Perry. The measure also includes a ban on abortions after 20 weeks of pregnancy. Medical groups including the American Medical Association and 12 states backed the abortion providers in asking the high court to take the case. New York Attorney General Eric Schneiderman, a Democrat, wrote in a brief on behalf of those states that courts should not automatically uphold abortion restrictions purely because a state says it is a legitimate health measure. Otherwise, states could use that leeway as "a license to disregard strong medical or scientific evidence and enact unsound and burdensome abortion regulations," Schneiderman said. The Supreme Court did not act on a related case concerning a Mississippi law that contains an admitting privileges provision similar to the one in Texas. The Supreme Court has weighed in provisionally on the Texas law three times already. Most recently, the court in June granted a request by the abortion providers to put a temporary hold on a ruling by the 5th US Circuit Court of Appeals that allowed the law to go into effect in full. The court was divided 5-4, with conservative Anthony Kennedy joining the court's four liberals in granting the stay request. The Texas case is Whole Woman’s Health v. Cole, US Supreme Court, No. 16-274. -Reuters