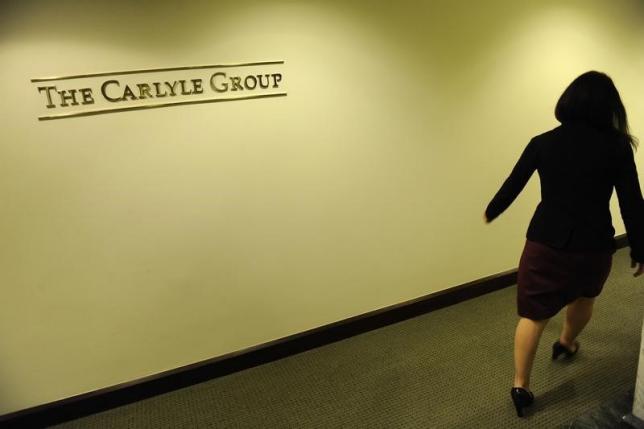 NEW YORK - Antivirus software maker Symantec Corp said it will receive $1 billion less in cash for its data storage unit Veritas from Carlyle Group LP, cutting the price of the biggest leveraged buyout of 2015 after debt backing the deal failed to sell.

Citing unspecified "uncertainties" since the deal was struck in August, Symantec said that the purchase price was reduced to $7.4 billion "in a difficult environment" from the $8 billion it originally agreed to in August. Neither Symantec nor Carlyle would comment on the exact reasons for the reduction.

However, the renegotiation came after banks struggled to syndicate a $5.6 billion debt package backing the deal, amid turmoil in the leveraged finance markets.

Veritas' performance deteriorated since Symantec inked its deal with Carlyle last summer, giving Carlyle more ammunition to renegotiate, according to people familiar with the matter who asked not to be identified. The deal was still expected to close on Jan. 29.

Veritas is a provider of backup and recovery software. Credit ratings agency Moody's Investors Service Inc warned in November that pricing pressures, the shift to cloud-based storage and other alternative storage platforms could result in Veritas underperforming the overall market.

The re-writing of the terms marks a new chapter for the roiled US leveraged buyout market, where dealmaking has slowed dramatically in the past two months as banks, faced with hundreds of millions of dollars of unsold acquisition debt, balked at providing new financing.

Symantec intended to use proceeds from the Veritas sale to compete in the cyber security market with companies such as Microsoft Corp (MSFT.O), Intel Corp (INTC.O) and Kaspersky Labs. Symantec acquired Veritas for $13.5 billion in 2005.

In a separate statement on Tuesday, Symantec said it anticipated revenue for the third fiscal quarter to be above the midpoint of the $890 million to $920 million guidance it provided in November. -Reuters