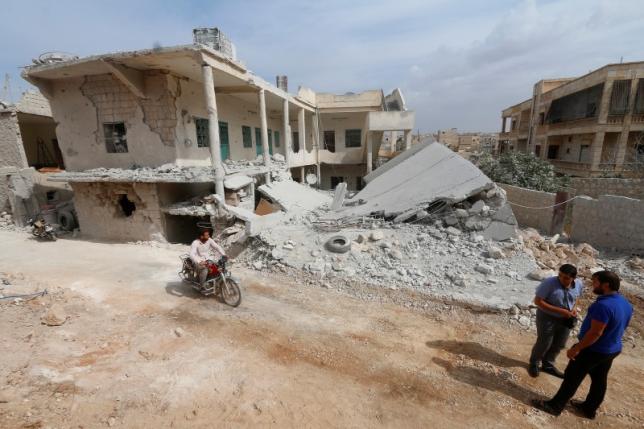 BEIRUT – The Syrian army captured territory from Islamic State east of Aleppo including several kilometers (miles) of highway linking the city with the jihadists' de facto capital of Raqqa, Syrian state TV reported on Saturday. The areas reported captured are east of the Kweires, air base seized from Islamic State control on Nov. 10 in one of several offensives being waged by the Syrian army with support from Russian air strikes, Iranian forces, and Lebanese Hezbollah fighters. Reuters could not independently confirm the report. A headline flashed on state TV said the army had captured the two villages of Kaskis and Akula and wide areas of agricultural land, seizing tunnels and fortifications built by the jihadists, and were demining areas mined by the group. The villages are about 60 km (40 miles) east of Aleppo. The highway mentioned in the report runs southeast from Akula to the west of the Euphrates river. The road passes through Islamic State-held Tabqa on its way to Raqqa, which is 150 km (90 miles) from Akula. The Syrian government and its allies have also made gains against Islamic State to the southeast of Homs. They are also waging offensives against non-Islamic State insurgents in western regions of Syria, gaining ground in the northwestern province of Latakia and to the south of Aleppo, while losing territory in Hama province. –Reuters