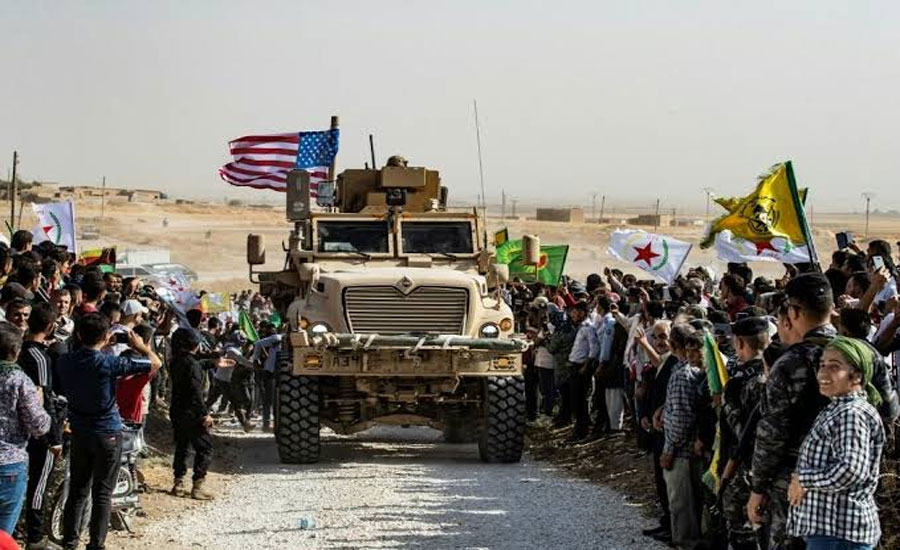 WASHINGTON - US President Donald Trump warned Turkey on Monday against going too far in Syria, one day after giving Ankara a green light to invade its southern neighbor and sparking panic among Washington's Kurdish allies. The US pulled back 50 to 100 "special operators" from Syria's northern frontier, where they have served as a buffer between the Turkish military and the Kurdish-led Syrian Democratic Forces, after Trump's surprise announcement in advance of an expected operation ordered by Ankara.
In a day of foreign policy turmoil, Trump came under heavy criticism from top Republicans for abandoning the Kurds, who were crucial in the years-long campaign to defeat Islamic State. Trump appeared to then backpedal, warning Ankara he would "obliterate" the country's economy if they went too far -- without explaining what that meant. "I have told Turkey that if they do anything outside of what we would think is humane... they could suffer the wrath of an extremely decimated economy," he said. However Trump also said he wanted to end the US military presence in the region. "We want to bring our troops back home from these endless wars and we're like a police force. We're not fighting. We're policing." A senior administration official denied Trump had given a "green light" to an invasion, which raised the threat that thousands of Islamic State fighters that the Kurds hold prisoner could be freed amid a fresh conflict. "It appears the Turks are intent on some sort of military operation," the official said on grounds of anonymity, adding: "There will be no US armed forces involvement."

Even Trump's allies accused him of turning his back on the Kurds, who say they lost some 11,000 fighters taking the lead in the battle against the Islamic State. "A precipitous withdrawal of US forces from Syria would only benefit Russia, Iran, and the Assad regime," said Senate Majority leader Mitch McConnell, one of the senior Republicans who criticized Trump.
"And it would increase the risk that ISIS and other terrorist groups regroup," he said. Turkish President Recep Tayyip Erdogan said Monday that the operation could "come any night without warning," while Kurds in the area girded for fighting. "The prudent should prepare for war," said Mustefa Bozan, a 79-year-old shopkeeper in Ras al-Ain, where a contingent of US Special Forces had been until early Monday. The Kurds lead the Syrian Democratic Forces, who were essential in the US-led coalition that defeated the Islamic State. Turkey regards Kurdish forces within the SDF as a terror threat because it maintains ties to Kurdish militants inside Turkey, and has vowed to crush them. Ankara says it wants to establish a "safe zone" on the Syrian side of the border where it could send back some of the 3.6 million refugees from the eight-year civil war. Kurds argue that Ankara's goal is to dilute their dominance in the region with an influx of mostly Sunni Arab refugees now living in southwestern Turkey.

Trump's announcement appeared to have caught many US officials by surprise, and they spent Monday seeking to discourage Ankara from acting. Pentagon spokesman Jonathan Hoffman warned Turkey of destabilizing blowback to the region if it invades. "The Department of Defense made clear to Turkey -- as did the president -- that we do not endorse a Turkish operation in Northern Syria," he said. SDF spokesman Mustefa Bali said Washington's decision "is about to ruin the trust and cooperation between the SDF and US." "As the Syrian Democratic Forces, we are determined to defend our land at all costs," the group said. A Turkish attack raised the specter of some 10,000 Islamic State fighters currently held by the SDF being let loose if SDF soldiers have to battle Turkish troops.
Around 2,000 of them are IS "foreign fighters", and Trump assailed US allies in Europe for not taking back their nationals. If they escape or are released, the could reconstitute the Islamic State, less than one year after it was defeated and its "caliphate" disintegrated.
Trump declared that it would be the responsibility of Turkey and other countries to deal with the IS prisoners. "Turkey, Europe, Syria, Iran, Iraq, Russia and the Kurds will now have to figure the situation out, and what they want to do with the captured ISIS fighters in their 'neighborhood,'" he said, using another acronym for the jihadists. Fearing yet another chapter of bloodshed and mass displacement, the United Nations said it was "preparing for the worst." The European Union warned that civilians would once again bear the brunt of a military assault. SOURCE: AFP 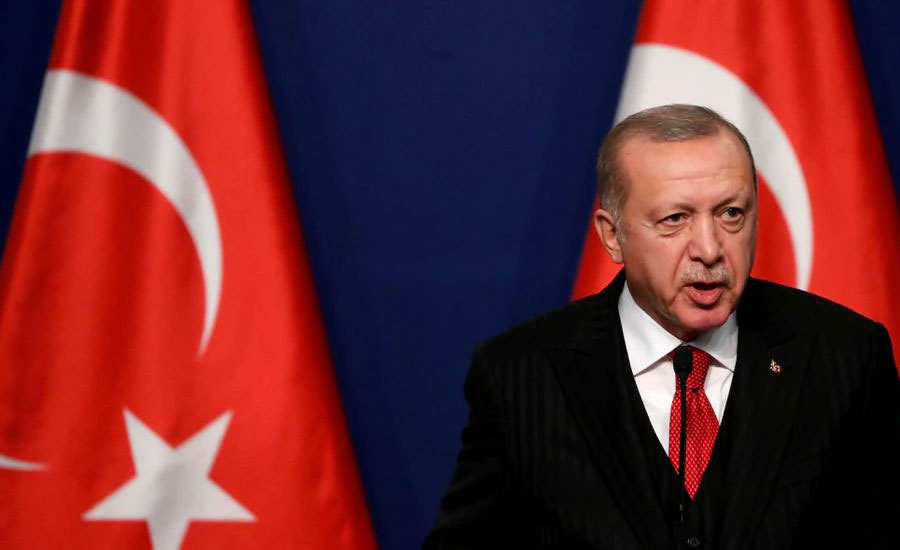 ANKARA (Reuters) - President Tayyip Erdogan has warned Iraq that Turkey will "clean up" a refugee camp which it says provides a safe haven for Kurdish militants, threatening to take its long military campaign deeper inside Iraqi territory.

DAMASCUS (Reuters) – Syrian President Bashar al-Assad won a fourth term in office with 95.1% of the votes in an election that will extend his rule over a country ruined by war.

(Reuters) - Founder of Chinese tech giant Huawei Technologies Ren Zhengfei has called on staff at the company to "dare to lead the world" in software as the company seeks growth beyond hardware operations crippled by US sanctions.

ISLAMABAD (92 News) - Foreign Minister Shah Mehmood Qureshi, who is on a diplomatic peace mission, reached America on Wednesday from Turkey.

ISLAMABAD (92 News) - Pakistan and Turkey have strongly condemned the Israeli aggression against unarmed Palestinians and their forced eviction from their homes.

In Turkey, protests against Israel over surge in violence

ISTANBUL (Reuters) – Thousands of people gathered outside the Israeli embassy in Ankara and its consulate in Istanbul to protest at Israeli actions against Palestinians on Monday while President Tayyip Erdogan spoke to Middle East leaders about the rising violence.

ANKARA (Reuters) Formula One is keeping a close eye on the situation in Turkey after the British government on Friday placed the country on a red list for travel due to the COVID-19 pandemic.