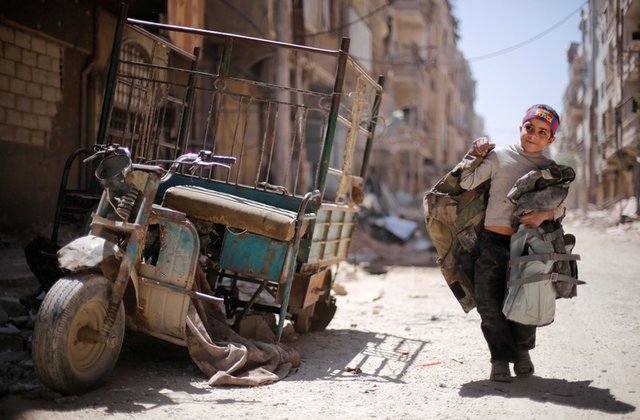 BEIRUT (Reuters) - Buses arrived in south Damascus on Thursday to transport Syrian rebels from an enclave they have surrendered there, but some fighters in another besieged area near Homs kept fighting despite an agreement to quit, a war monitor said. The opposition still holds two large areas in the northwest and southwest bordering Syria’s international frontiers, neither of which are under siege by the Syrian army. But President Bashar al-Assad is pushing to retake two other rebel-held areas that are entirely surrounded by government-held territory. Syrian state television showed footage of the buses arriving at Beit Sahm, driving through narrow streets surrounded by soldiers and with concrete buildings above showing scars of war. Some 5,000 fighters and their family members are expected to leave for the opposition areas in northern Syria, it reported, following an earlier group who left the enclave on Monday.
On Wednesday, insurgents in the biggest of the remaining besieged areas, located between the cities of Hama and Homs around the towns of Rastan, Talbiseh and Houla, also agreed to surrender.
However, some of them rejected the deal and shelled government areas late on Wednesday and early on Thursday, the Syrian Observatory for Human Rights war monitor said.