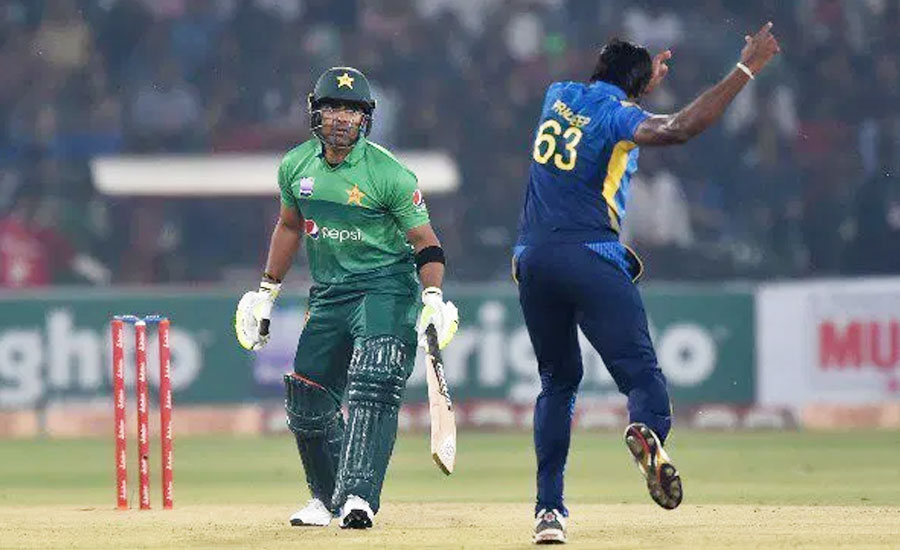 LAHORE (92 News) - Pakistan coach Misbahul Haq conceded that defeat to Sri Lanka in the first two Twenty20 Internationals has been a wake up call for the team, which is placed No1 on the MRF Tyres ICC T20I Rankings.

Pakistan have been humbled twice in Lahore, losing the first game by 64 runs and the second by 35 runs, to a Sri Lanka side missing some of their top players, such as Lasith Malinga, Dimuth Karunaratne and Angelo Mathews. Coach Misbah said the defeats were indicative of a 'deficiency in every department.' "Losing is never good, especially against a team that is without their major players, and it's an eye-opener," Misbah, the team's head coach and chief selector, said.

"We can see a deficiency in every department: bowling, batting, and particularly the way we got out against spin, and also our death bowling. Worryingly for Pakistan, Umar Akmal and Ahmed Shehzad, who were recalled for the series, have failed on each occasion. Babar Azam, who is No.1 on the MRF Tyres ICC T20I Batting Rankings, has also endured rare failures, which has exposed the frailties of Pakistan's batting. Misbah defended the decision to bring back Akmal and Shehzad, but insisted that experimentation was needed to discover a larger pool of match-winning batsmen. "There are a lot of reasons for this experimentation," Misbah said. "Yes, we are the No. 1 team in the world, but mostly our strength has been standing on Babar Azam scoring runs, and with him not scoring in two games, we are exposed badly.

They slid to a series defeat yesterday, but can Pakistan avoid the whitewash when they play Sri Lanka tomorrow?#PAKvSL pic.twitter.com/P1HlsAfo2M

"We need to find out six or more match-winners, we need to have more dependable batsmen, we need powerhouses in the top and middle, and in the bowling, we need to take wickets upfront and in the death overs and we need to have good finishers. "But we failed overall, we are struggling in every department, and it's a big eye-opener for us. We didn't play to our strengths and couldn't deliver. We are looking for more batsmen, rather than just relying on one or two." The third and final T20I takes place on Wednesday, 10 October, at the same venue.

KARACHI (92 News) – Half centuries from Muhammad Rizwan and Sohaib Maqsood guided Multan Sultans to a comfortable seven-wicket win over Lahore Qalandars at the National Stadium on Friday. This is Sultans’ first win of the Pakistan Super League 6.

RAWALPINDI (92 News) – The security forces conducted an IBO on terrorist hideout in sharwangi, Tiarza, South Wazirstan on confirmation of terrorists presence on Friday.

Lots of loans were taken during 10 years of darkness, PM Imran Khan

OGRA proposes to increase petrol price by Rs20.7 per litre

ISLAMABAD (92 News) - The Oil and Gas Regulatory Authority (OGRA) has sent a summary to the Petroleum Division, proposing an increase in the prices of petroleum products from March on Friday.

ISLAMABAD (92 News) - In a major development, a sub-committee of the federal cabinet, probing the leaked video showing lawmakers allegedly receiving money ahead of Senate elections in 2018, has summoned Senators who were elected despite not having a due number of votes.

SC stops CDA from demolishing chambers of lawyers in Islamabad

ISLAMABAD (92 News) – The Supreme Court (SC) has stopped the Capital Development Authority (CDA) from demolishing the illegal chambers of lawyers in Islamabad’s F-8 till March 2.

WASHINGTON (92 News) - The agreement between Pakistan and India to restore peace by strictly observing agreements of ceasefire along the Line of Control (LoC) and other sectors has been hailed by the White House on Thursday.