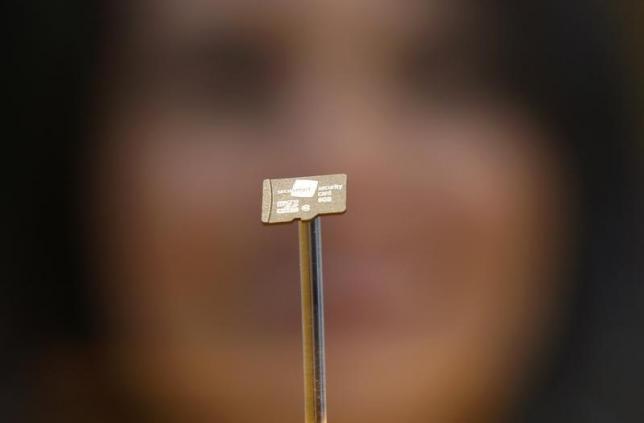 WASHINGTON - A leading US-based technology industry group on Thursday, in its first statement since last week's Paris attacks, rejected calls to give US law enforcement authorities backdoor keys to let them circumvent encryption technology for cellphones. Weakening encryption to help the government monitor electronic communications in the name of national security "simply does not make sense," the Information Technology Industry Council said in a statement released to Reuters. "After a horrific tragedy like the Paris attacks, we naturally search for solutions: weakening encryption is not a solution," said Dean Garfield, president of the Washington-based organization, which represents Apple (AAPL.O), Google (GOOGL.O), Microsoft (MSFT.O) and dozens of other blue-chip tech companies. The attacks in Paris last Friday killed 129 and wounded hundreds. The Islamic State militant group has claimed responsibility. Some US intelligence officials and lawmakers have seized on the assault to rekindle a debate about whether tech companies should cooperate with authorities by building “backdoors” into encrypted devices and platforms. Government authorities have said the growing prevalence of encrypted email and messaging platforms, such as iMessage or WhatsApp, hamstring their ability to monitor criminal suspects and thwart militant plots. Despite early reports the Paris attackers relied on encryption, no hard evidence has emerged they used any particular form of secure messaging. A mobile phone recovered by French authorities at the scene of one of the attacks and believed to be linked to one of the suspects was found with an unencrypted text message, according to French media. Last month, the White House abandoned an effort to lobby tech companies and Congress to allow law enforcement and intelligence officials backdoor access to encrypted messaging. The idea has re-emerged in the wake of Paris, but congressional aides say federal legislation on the issue remains unlikely. Privacy advocates, tech companies and security researchers say backdoors would expose data to malicious hackers. "Encryption is a security tool we rely on everyday to stop criminals from draining our bank accounts, to shield our cars and airplanes from being taken over by malicious hacks,” Garfield said in his statement. “We deeply appreciate law enforcement's and the national security community’s work to protect us, but weakening encryption or creating backdoors to encrypted devices and data for use by the good guys would actually create vulnerabilities to be exploited by the bad guys." -Reuters