Tehmina murder case: Brother accuses sister’s friend of throwing her out of window 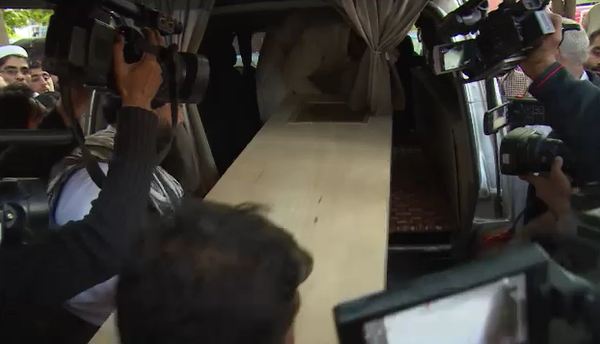 Tehmina murder case: Brother accuses sister’s friend of throwing her out of window

RAWALPINDI (92 News) – A girl died yesterday when she was thrown out from the window of a residential flat located on the third floor of a plaza in Rawat Police precincts. Significant progress has been made in Tehmina murder case. The deceased girls’ brother told the police that Tehmina, a resident of Chakwal and Umair hailing from Vehari, had developed friendship on social networking website Facebook showing himself tutor for CSS exam, adding that the deceased’s family knew about their friendship. He said that the accused Umair wanted to forcibly marry Tehmina and upon rejection he started blackmailing her. After being informed of his sister’s imprisonment in a flat, the brother of the deceased Tehmina reached Bahria Town from Chakwal where he listened to the hue and cry of his sister. He said that his sister was thrown out of the window when he entered the flat, while the accused Umair was trying to flee through pipe but slipped and fell on the floor. Investigation sources said that the accused could not flee following the injuries on back and foot.