Ten killed in stampede during Hindu ritual in Bangladesh 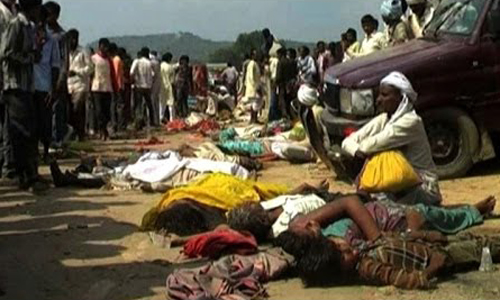 Ten killed in stampede during Hindu ritual in Bangladesh

DHAKA – At least 10 people were killed in a stampede during a Hindu ritual attended by thousands of devotees on the banks of a river near the Bangladesh capital of Dhaka, police said on Friday. All the victims were aged over 50 years, and seven were women. Around 30 people were injured in the incident at Narayanganj, around 20 kilometres (12 miles) away from Dhaka, police official Mohammad Jakaria told reporters. –Reuters