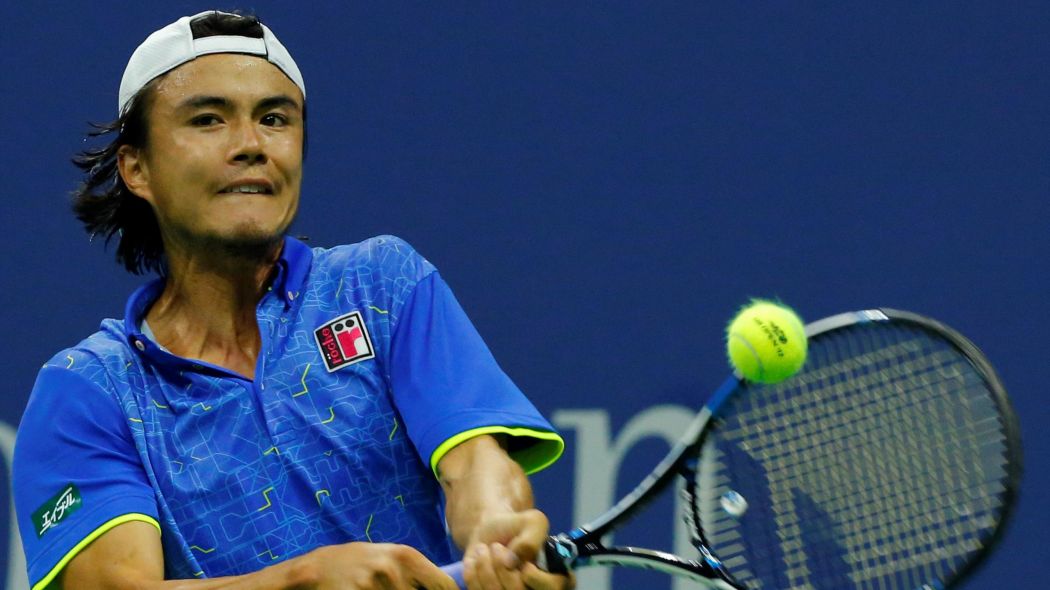 ISTANBUL (Reuters) - Japan’s Taro Daniel grabbed his first ATP title after beating Tunisian Malek Jaziri 7-6(4) 6-4 in the Istanbul Open final. Daniel, who entered the tournament ranked 114th, and Jaziri, ranked 78th, were both competing in their first ATP final. Jaziri, who beat world number four Marin Cilic en route to the final, started strongly and served for the first set with the score at 5-4 but failed as his 25-year-old opponent stepped up to level the scores, eventually force a tiebreak and win the set. The situation was reversed in the second set as Daniel charged to a 5-4 lead and failed to capitalise on three match points before finally converting the fourth. “Obviously really happy. I think today was a great match, a lot of long rallies from the beginning until the end,” Daniel said after lifting the trophy. “Very happy. I’m obviously pretty surprised that I suddenly won an ATP (title). But I guess things like this happen.” Daniel is expected to reach a career-high ranking of 82 after his victory.