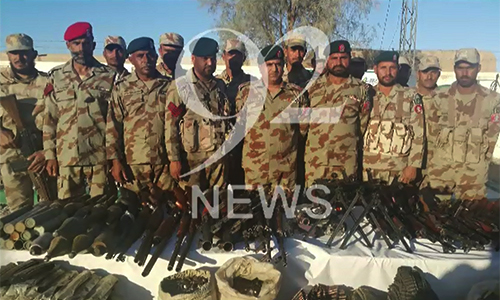 CHAGHI (92 News) – The Frontier Constabulary and secret agencies foiled a big terrorism plan in Chaghi on Wednesday. On a tip-off, they raided a place and recovered a huge quantity of weapons and explosives concealed under the ground. The recovered weapons include Kalashnikovs, LNG snipers, rifles and rockets.