Terrorism will be eliminated through whole of nation approach: COAS

Two week-long workshop was aimed at creating understanding about critical national security issues, capacity building for timely decision making and enabling the participants to comprehend interplay of all elements of national power in the construct of ‘Comprehensive National Security’. Members of National and Balochistan provincial assemblies, media representatives and civil services officers attended the workshop.

Highlighting internal and external challenges, COAS said that full spectrum of threat demands comprehensive national response and Army is fully engaged in enabling that response in coordination with other institutions of the state.

The COAS said that terrorism has no religion, sect or ethnicity. “Pakistan has fought against this menace indiscriminately and shall root it out through the whole of nation approach.” 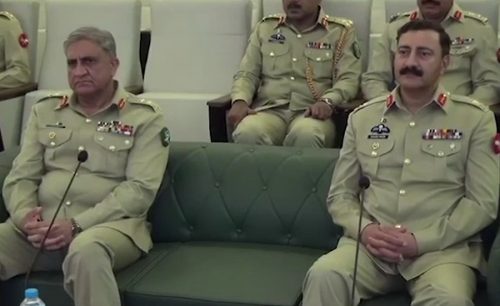 Speaking on the occasion, COAS Qamar Bajwa lauded the role of the Rangers and security agencies for restoring peace in the city.

He directed the security forces to continue steps for stability in the situation. “Economic activities have restored to peace in the city,” he maintained.

He was briefed about public order and security situation in the province. He said that