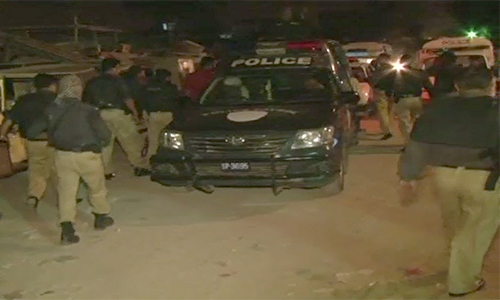 KARACHI (92 News) – At least seven suspects including two terrorists were apprehended during different incidents in Karachi on Wednesday. As per details, Sindh Rangers carried out a search operation at an office of a political party in Karachi’s Brigade area and detained three activists. In another incident, the intelligence agencies conducted a raid in Sarjani Town’s Khuda ke Basti and apprehended two terrorists of a banned outfit from a house. On the other hand, police have nabbed two dacoits after an encounter in Shahrah-e-Faisal, while the body of an unknown man recovered from Fisheries area was shifted to hospital autopsy.