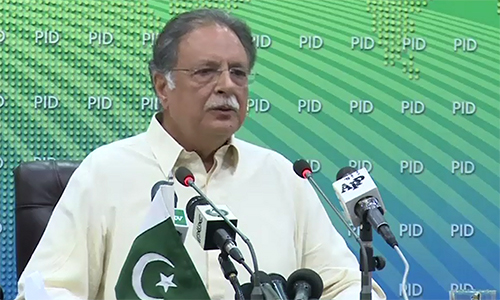 ISLAMABAD (92 News) – Federal Minister for Information and Broadcasting Pervaiz Rashid has said that terrorists are using social media for their ulterior motives.

Talking to the media on Friday, he said that the war against terrorism is an ideological war.

“The gun, pen and camera are playing an important role in it,” he said.

RAWALPINDI (92 News) – Pakistan conducted a successful flight test of Shaheen-III surface-to-surface ballistic missile, having a range of 2750 kilometers, on Wednesday.

Pakistan, new US govt have conformity of views about Afghanistan: FM

LAHORE (92 News) - Foreign Minister (FM) Shah Mehmood Qureshi has said that Pakistan and newly-elected US government have conformity of views about Afghanistan and other priorities.

Maryam should reveal details about owners of 76 foreign properties: Firdous

LASBELA (92 News) – At least eight persons including two Levies personnel were killed and 17 other were injured when a bus overturned in Othal area near Lasbela on Wednesday.