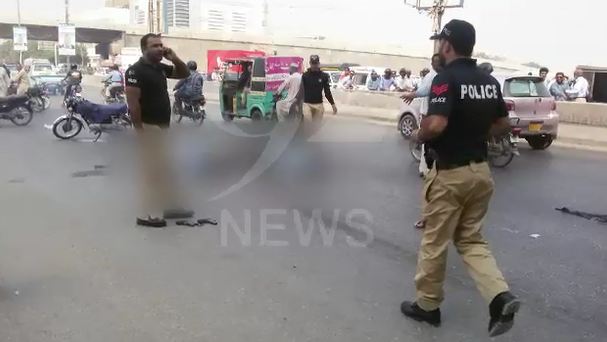 KARACHI (92 News) – At least three dacoits were killed during an encounter with the police in Karachi’s Gulshan-e-Iqbal area on Wednesday. As per details, the police was on routine petrol in Gulshani-e-Iqbal’s Mooti Mahal area when they encountered a group of dacoits. The dacoits opened fire at the police, who retaliated. In the ensuing exchange of fire, three dacoits were killed on the spot. Senior Superintendent of Police (SSP) East Javaid Jaskani said that the dacoits were looting citizens, while police recovered weapons from the accused.