CHITRAL (92 News) – The three-day anti-polio campaign is continuing despite 6-7 snow in Chitral on Tuesday.

The anti-polio drops were administered to children at Lawari tunnel. The drive will conclude on Wednesday.

Meanwhile, the Met Office informed that westerly wave is likely to enter western parts of the country on Tuesday (evening/night) and likely to grip different parts on Wednesday. It may persist in upper parts till Thursday. 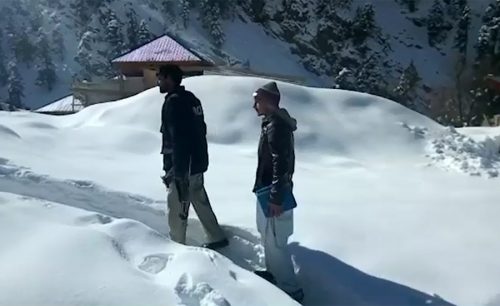 Under the influence of this weather system: