Three FC personnel injured in attack on convoy in Turbat 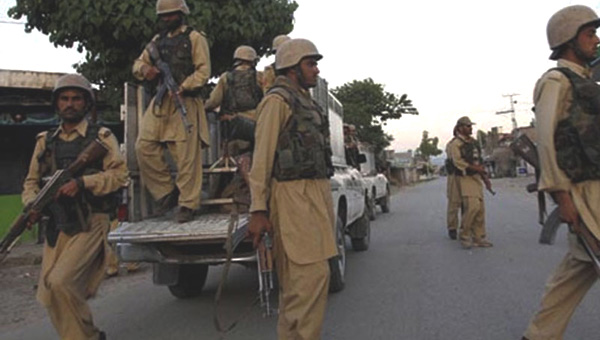 Three FC personnel injured in attack on convoy in Turbat

TURBAT (92 News) – At least three security forces personnel were injured during an attack on the convoy of Frontier Corps in Tump area of Turbat on Saturday. As per details, a convoy of security forces was travelling to Tump from Turbat when a remote-controlled bomb planted on the roadside exploded with a bang, injuring three soldiers while damaging the vehicle. The injured were shifted to nearby hospital and are said to be out of danger. The FC cordoned off the area after the blast and initiated operation search to detain the culprits. In another incident, six rockets were fired on a Frontier Corps check post in Noshki’s Ahmadwal area, while no loss of life or damage was reported in the incident.