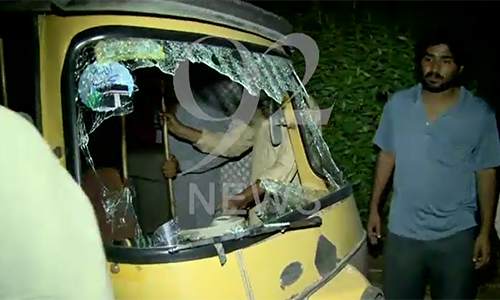 KARACHI (92 News) – Three people, including a girl, were injured in a huge blast outside the Counter Terrorism Department office in Saudabad on Thursday. The blast was heard in the entire area. The blast occurred after the press conference of SP Junaid Sheikh. A rickshaw and a bus were damaged in the blast. The police said that two accused had lobbed a cracker on the office, which fell outside it.