ADDIS ABABA/NAIROBI (Reuters) - Ethiopia’s state-appointed rights watchdog accused a Tigrayan youth group on Tuesday of killing hundreds of civilians as federal and local forces both claimed advances in a three-week war in the country’s mountainous north.

Prime Minister Abiy Ahmed’s government said enemy soldiers were surrendering as it advanced towards the regional capital, but the Tigrayans reported they were resisting and had destroyed a prestigious army division.

They were beaten to death, stabbed, set on fire and strangled with ropes, the report said, though some residents protected neighbours by hiding them in homes. The commission accused local forces of colluding in the “massacre”. [L1N2IA11G]

The Tigray People’s Liberation Front (TPLF) was not immediately available but has previously denied involvement.

Reuters has been unable to verify statements made by either side since phone and internet connections to Tigray are down and access to the area is strictly controlled.

Since fighting began on Nov. 4, hundreds have been killed, more than 41,000 refugees have fled to Sudan, and there has been widespread destruction and uprooting of people from homes.

The war has spread to Eritrea, where the Tigrayans have fired rockets, and also affected Somalia where Ethiopia has disarmed several hundred Tigrayans in a peacekeeping force fighting al Qaeda-linked militants.

The government said the peacekeepers were being investigated for links to the TPLF.

Abiy’s government said many Tigrayan combatants had responded to a 72-hour ultimatum to lay down arms before a threatened offensive against Mekelle city, with half a million inhabitants. The deadline expires on Wednesday.

The battle-hardened TPLF, which had ruled the region of more than 5 million people, gave a different version, saying their troops were keeping federal forces at bay and scoring victories.

Their spokesman Getachew Reda said an important army unit - which he named as the 21st mechanised division - was destroyed in an assault at Raya-Wajirat led by a former commander of that unit now fighting for the TPLF.

TPLF leader Debretsion Gebremichael has disputed the government version that Mekelle is encircled at a roughly 50km (30 mile) distance, telling Reuters the ultimatum was a cover for government forces to regroup after defeats.

The United States - which regards Ethiopia as a powerful ally in a turbulent region - France and Britain were the latest foreign powers to call for peace. Washington backed African Union (AU) mediation efforts “to end this tragic conflict now”, while Paris and London warned against ethnic discrimination.

The situation in Ethiopia was raised behind closed-doors in the United Nations Security Council on Tuesday by Britain and other European countries on the 15-member body, diplomats said.

Members of the council expressed concern, diplomats said, but South Africa, Niger and Tunisia appealed for more time for regional efforts to address the situation before the Security Council considers any action.

“The UN Security Council should do everything in its power to avert a human rights and humanitarian disaster in Ethiopia,” Louis Charbonneau, UN Director for Human Rights Watch, said in a statement.

Abiy, who won the Nobel Peace Prize last year for ending a standoff with Eritrea, has said he will not negotiate with the TPLF though he does plan to receive AU envoys who are expected to visit.

His predecessor, Prime Minister Hailemariam Desalegn, criticised mediation efforts by “well-intentioned outsiders” that he said obscured crimes by the TPLF and overestimated their importance in Ethiopian society.

“The key problem in the international community’s approach to Ethiopia is the assumption of moral equivalence, which leads foreign governments to adopt an attitude of false balance and bothsidesism” between the federal and Tigrayan sides, he wrote in Foreign Policy magazine.

Abiy, whose parents are from the larger Oromo and Amhara groups, denies any ethnic overtones to his offensive, saying he is pursuing criminals who ambushed federal forces.

The TPLF says he wants to subdue Tigray to amass power.

Since taking office in 2018, the prime minister has removed many Tigrayans from government and security posts and arrested some on rights abuse and corruption charges, even though he was their former military comrade and coalition partner.

The conflict threatens to destabilise the vast nation of 115 million people from myriad ethnic groups whose struggles for greater resources and power intensified when Abiy took office.

In Geneva, U.N. human rights chief Michelle Bachelet voiced alarm over reports of tank and artillery build-ups outside Mekelle and “extremely worrying” rhetoric that “may provoke or may lead to serious violations of international humanitarian law.”

PM Imran Khan thanks Khamenei, Erdogan for speaking against Muslims’ massacre in India 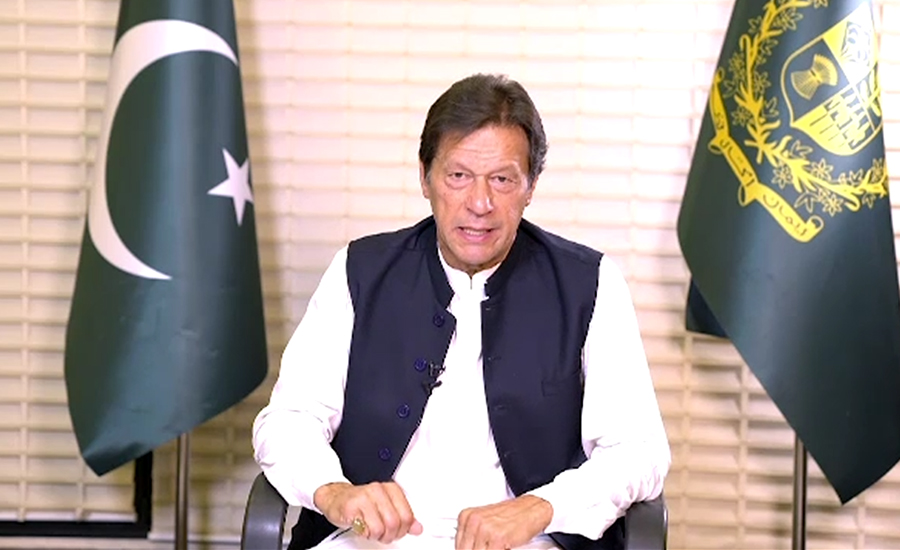 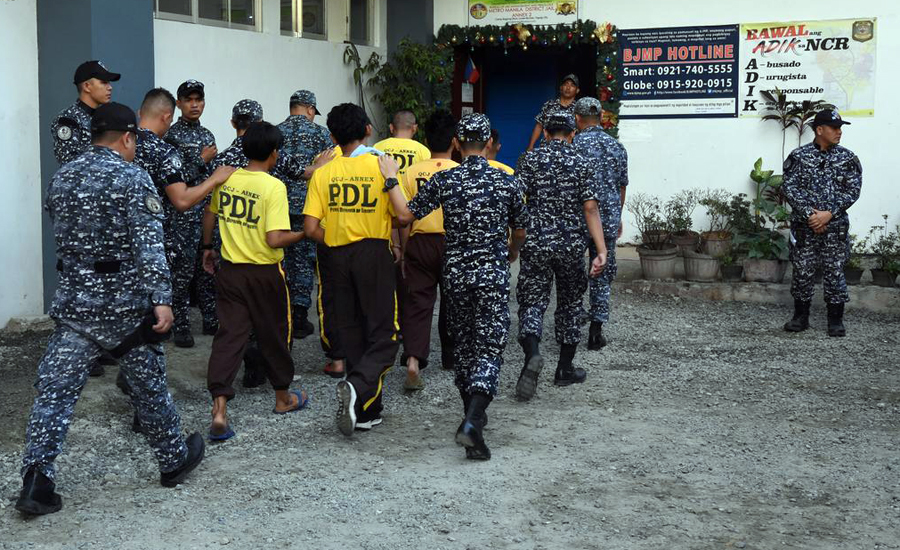 MANILA (Reuters) - A Philippine court found top members of a political clan guilty on Thursday of masterminding a 2009 massacre of 57 people, among them 32 journalists, in the 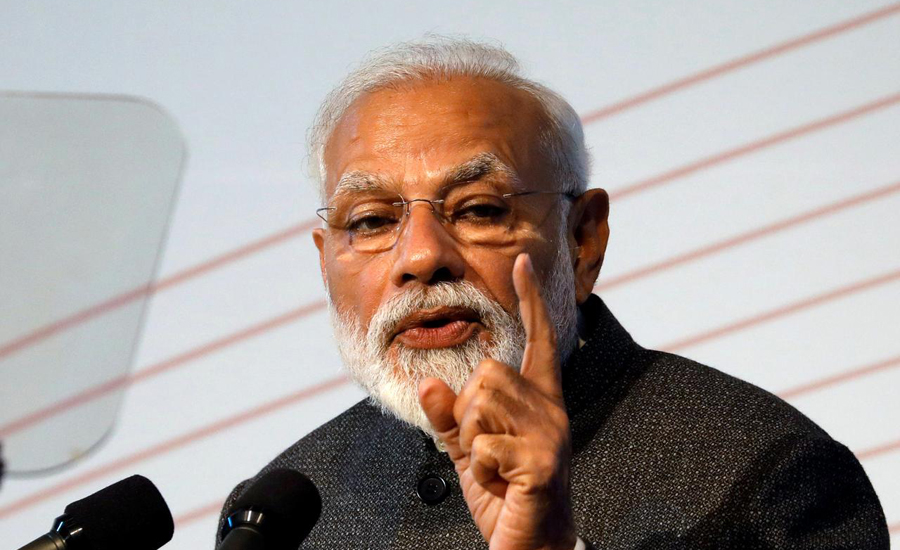 SRINAGAR (92 News) – Hurriyat leader Altaf Ahmed Butt has warned that India is planning a large-scale massacre in Occupied Kashmir. Expressing his concern about the deteriorating situation in IOK, 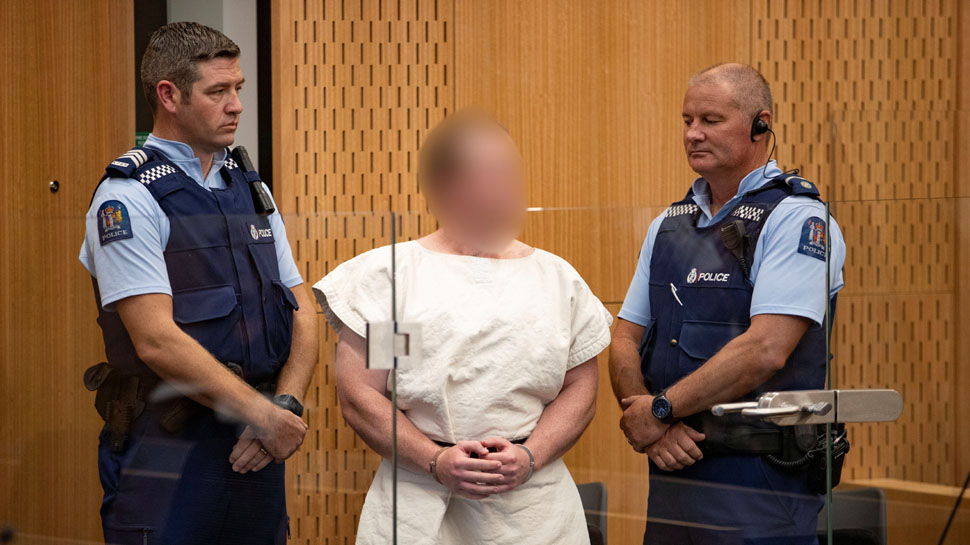