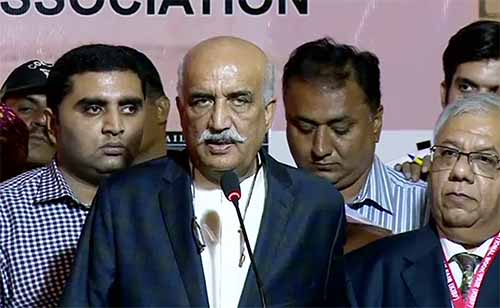 KARACHI (92 News) –Opposition Leader in the National Assembly Syed Khurshid Shah has on Thursday said that the government and institutions are not on the same page. Addressing a ceremony in Karachi on Thursday, Khurshid Shah said that the government will have to concentrate on improving its performance. “The time of martial law has passed,” he said. He said that it would have been better if the prime minister had been informed despite announcing the declaration of Corps Commander Conference. Shah strongly criticizes Pakistan Tehreek-e-Insaf chairman and said that Imran Khan is not a mature politician, adding that he still need more time. The Opposition leader said that the democracy is growing and for this every politician will have to keep democratic behavior.