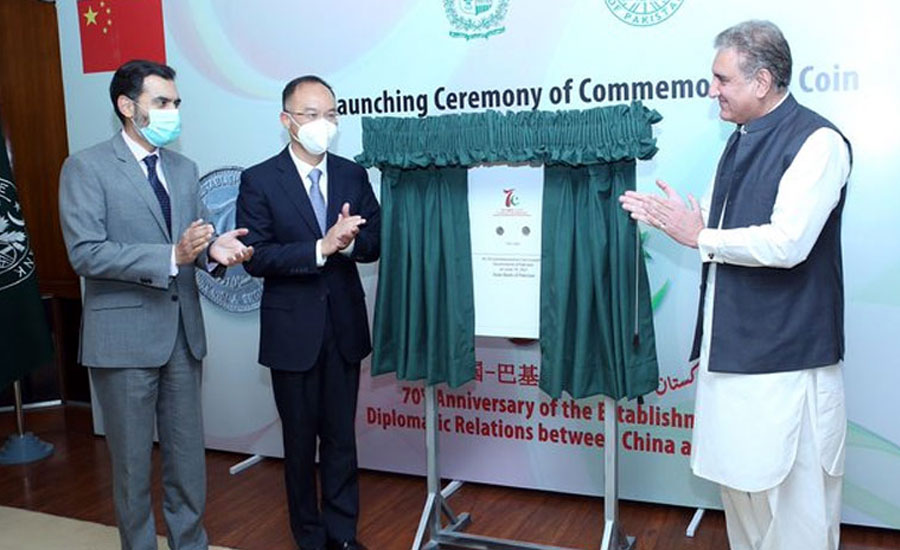 ISLAMABAD (92 News) - Foreign Minister (FM) Shah Mehmood Qureshi has said that the time-tested Pak-China relationship is flourishing with each passing day, unaffected by changes in the regional and global environment.

He was addressing at the issuance of commemorative coin in connection with the celebrations marking 70 years of establishment of Pak-China diplomatic relations.

The coin’s denomination has been kept at 70 rupees, depicting the 70 years of all-weather, time-tested and brotherly relationship between Pakistan and China.

The minister said the unrelenting efforts of the successive generations of people and the leadership of both countries have transformed the relationship between them into an ‘All-Weather Strategic Cooperative Partnership’.

He said Pakistan and China have always steadfastly supported each other on the issues of core interest.

FM Qureshi said in the wake of emerging global and regional environment, Pakistan has recalibrated its priorities from geo-politics to geo-economics. He said China-Pakistan Economic Corridor, being the flagship project of the Belt and Road Initiative, complements Pakistan’s renewed efforts of geo-economic shift with emphasis on economic integration and regional connectivity. 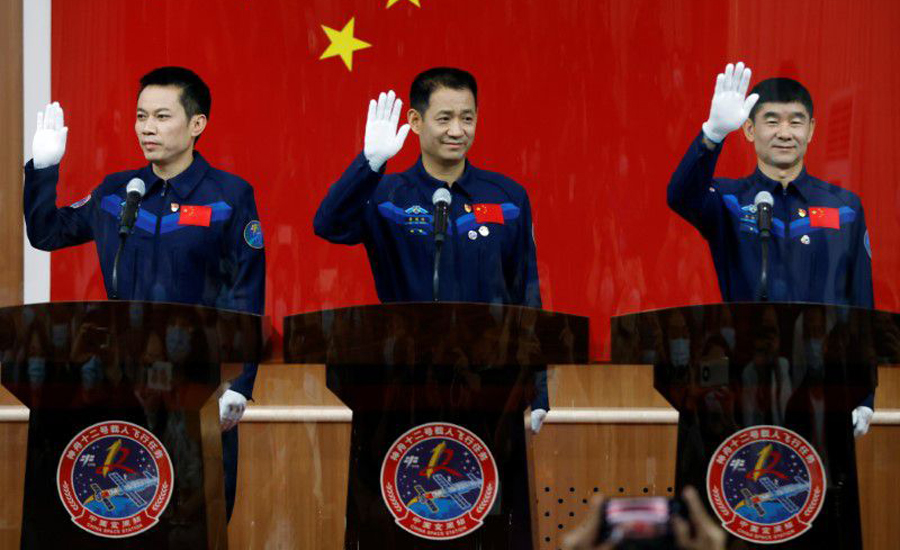 JIUQUAN, China (Reuters) – China will send three astronauts into orbit on Thursday in a high-stakes mission, the first of four crewed space flights to complete the country’s space station by the end of next year.