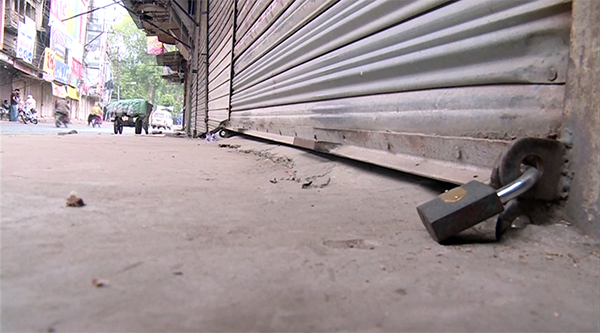 LAHORE (92 News) – Traders are observing a countrywide shutter down strike on Saturday against the imposition of withholding tax on bank transactions. The traders while denouncing the imposition of withholding on bank transactions tax, have announced to broaden the sphere of the protest. The businesses including the Power Looms Industries have been shutdown in protest in Faisalabad. The Power Looms Association demanded the government to withdraw tax. Traders in Lahore are observing complete shutter down strike in the city. The markets of Peshawar’s Qisakhawani, Khyber Bazar, Rampura Gate, Ashraf Road and other markets observed complete shutterdown in the city. The markets across Balochistan observed complete shutterdown in the city and held protest against the government. The traders of South Punjab have also announced to hold protest rallies in different cities.