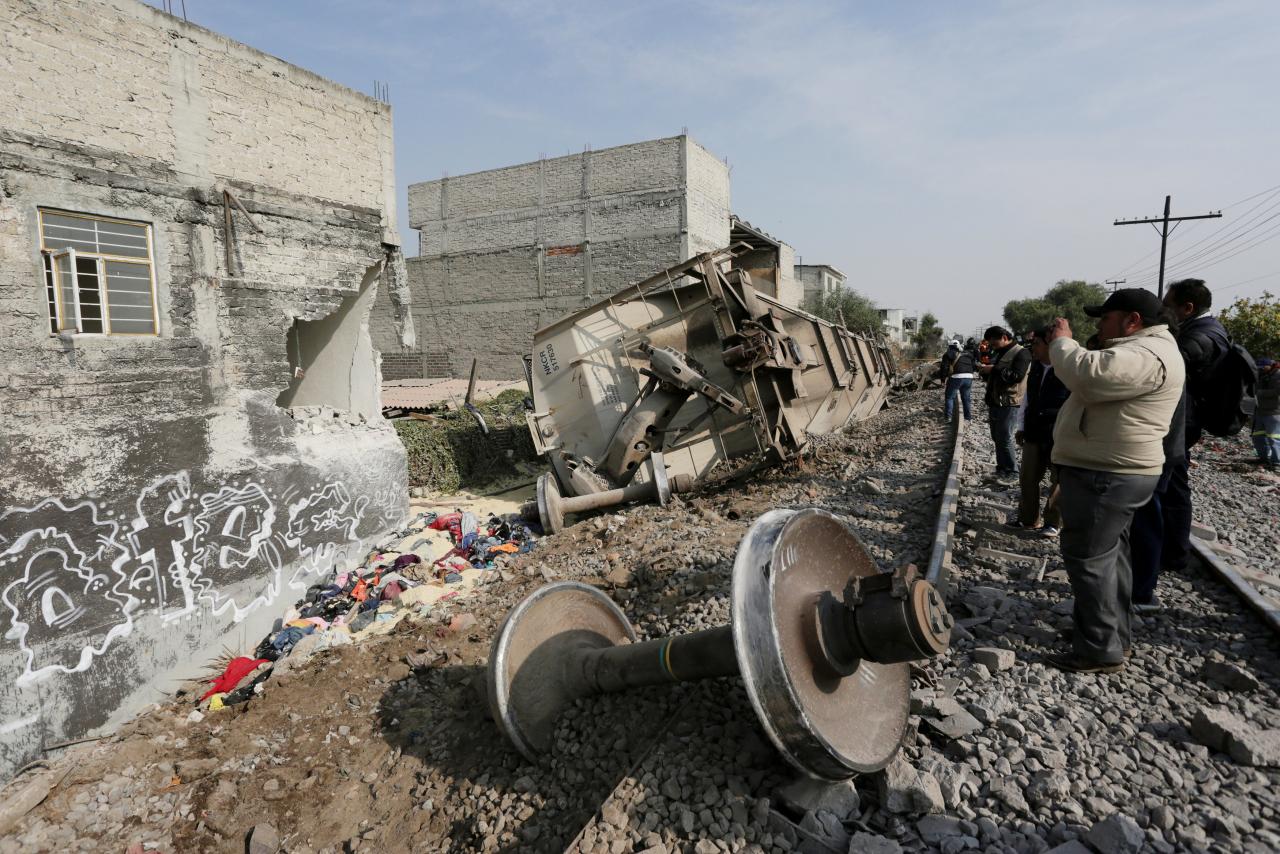 MEXICO CITY (Reuters) - A train derailed in a densely populated Mexico City suburb on Thursday morning, killing at least five people, local authorities said. The train, which was transporting cargo, crashed in Ecatepec, a large municipality in the State of Mexico that forms part of the urban sprawl extending from the capital. After the train ran off the tracks, one of its cars careened into a house, killing at least five inhabitants, the State of Mexico prosecutor’s office said. Authorities are in the process of removing debris from the house, and more victims will likely be found, the office added. “The government of Ecatepec sends its deepest condolences to the families of the victims and reiterates its support in this difficult moment,” Indalecio Rios, mayor of Ecatepec, wrote in a post on Twitter.