Training of Zulfikar Bhutto is in my blood, says Bilawal Bhutto 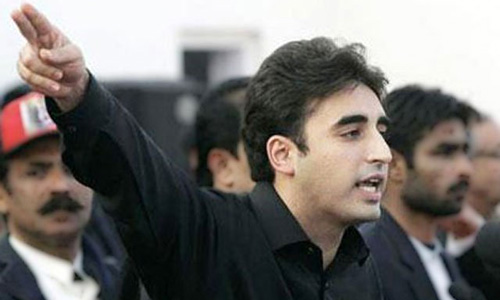 Training of Zulfikar Bhutto is in my blood, says Bilawal Bhutto

LONDON (92 News) – Pakistan People’s Party (PPP) chairman Bilawal Bhutto Zardari has said that the training of his maternal grandfather Zulfikar Ali Bhutto is in his blood. Addressing the 36th death anniversary of Zulfikar Ali Bhutto on Saturday, he vowed to make Pakistan such country where people could be able to live peacefully. “The world should know that Pakistan is not a dangerous country in the region. Today the Muslim world is facing conflicts due to the sectarian conspiracy,” he maintained. Bilawal Bhutto Zardari said that he will fight to correct the system. “My maternal grandfather who was murdered judicially started the struggle to correct the system.” He said that Zulfikar Ali Bhutto brought politics out of the drawing room after the division of Pakistan besides strengthen the country. “Bhutto raised the slogan of ‘Roti, Kapra Aur Makan’. The training of Zulfikar Ali Bhutto is in my blood and I will accomplish this slogan,” he said.