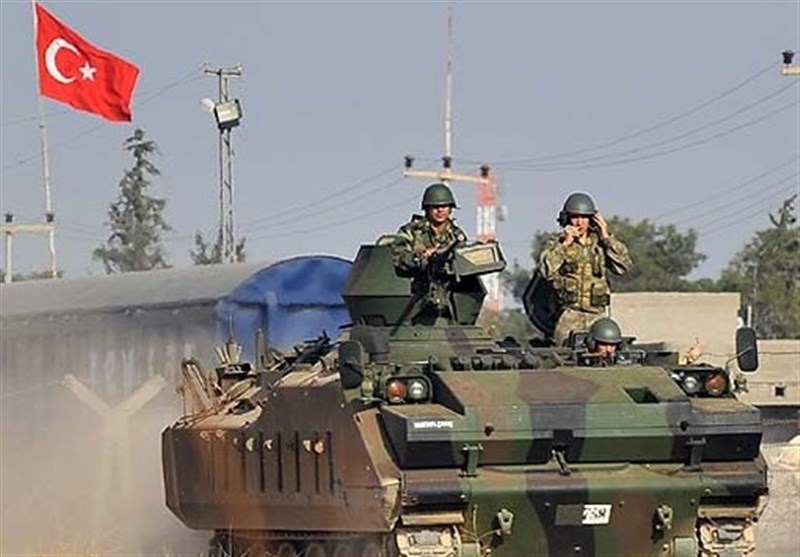 ANKARA (Reuters) - Turkish security forces have killed 99 Kurdish militants, including a high-ranking one, in operations in southeast Turkey over the last two weeks, the armed forces said on Saturday.

Security forces targeted outposts and caves used by the militants for shelter and storage in the southeastern provinces of Sirnak and Hakkari, near the Iraqi border, the military said in a statement.

“Ninety-nine terrorists have been neutralised. One is in the so-called leading ranks,” it said.

The outlawed Kurdistan Workers Party (PKK), considered a terrorist organisation by the United States, Turkey and the European Union, has waged a more than three-decade insurgency against the state.

The PKK, which seeks autonomy for the largely Kurdish southeast, has bases in the mountains on both sides of the Turkey-Iraq border and is frequently targeted by Turkish security forces.

The operations, which were carried out between Aug. 24 and Sept. 7, led to the seizure of 420 kg (925 lbs) of ammonium nitrate, used to make explosives, as well as bombs, guns and rifles, the military said.

AHMEDABAD (Reuters) - More than 200,000 people were evacuated from their homes in the Indian state of Gujarat and authorities shut ports and major airports as the most powerful cyclone in more than two decades made landfall in the state late on Monday.

NEW DELHI (Reuters) – India’s total coronavirus cases surged past the 25 million mark on Tuesday, boosted by 263,533 new infections over the last 24 hours, while deaths from COVID-19 rose by a record 4,329.

WASHINGTON (Reuters) – US President Joe Biden, in a call with Israeli Prime Minister Benjamin Netanyahu expressed his support for a ceasefire in the fighting between Israel and Palestinian militants, the White House said.

GAZA (Reuters) – More than a week of fighting between Israel and Hamas showed few signs of abating on Tuesday despite intense US and global diplomacy to stop the region’s fiercest hostilities in years.

NEW DELHI (Reuters) – India on Monday reported a further decline in new coronavirus cases though daily deaths remained above 4,000 and experts warned that the count was unreliable due to a lack of testing in rural areas, where the virus is spreading fast.

WASHINGTON (Reuters) – US Secretary of State Antony Blinken discussed the violence in Israel, the West Bank and Gaza in phone calls with the Qatari, Egyptian and Saudi foreign ministers, the State Department said on Sunday.

GENEVA (Reuters) – The head of UNICEF on Monday asked G7 countries to donate supplies to the COVAX vaccine-sharing scheme as an emergency measure to address a severe shortfall caused by disruption to Indian vaccine exports.

GAZA/JERUSALEM (Reuters) – Israel launched dozens of air strikes in Gaza and the Hamas militant group kept up its rocket attacks on Israeli cities in fighting that spilled into a second week on Monday.