Turkey's Erdogan warns Russia not to 'play with fire' 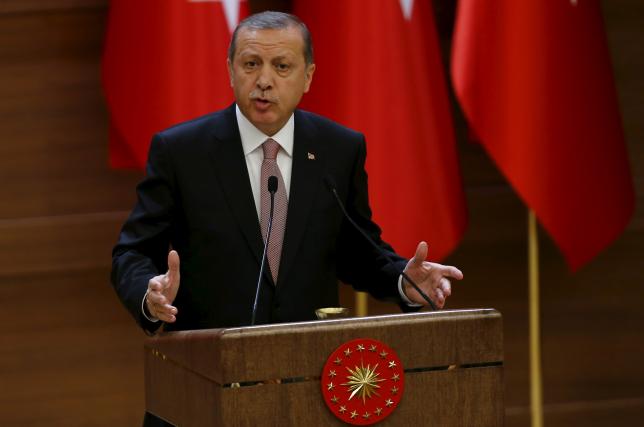 Turkey's Erdogan warns Russia not to 'play with fire'

ISTANBUL – Turkish President Tayyip Erdogan on Friday warned Russia not to "play with fire" in a dispute over the downing of a Russian warplane this week, but added he did not want to harm relations with Moscow. Relations between the former Cold War antagonists have a hit a recent nadir after Turkey shot down the jet near the Syrian border. Erdogan made the comments in a speech in northeast Turkey broadcast live on television. –Reuters