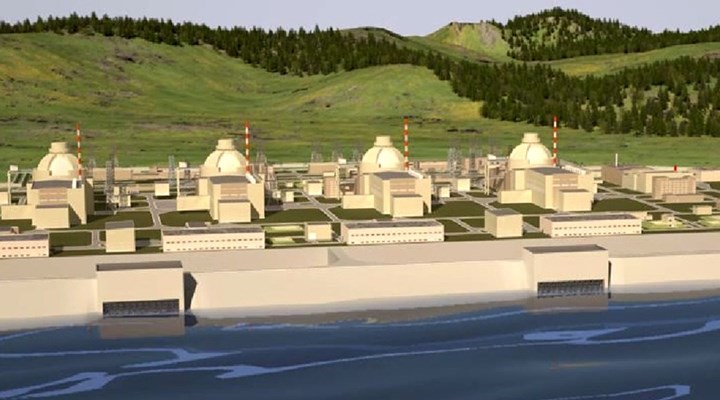 ANKARA/ISTANBUL- Turkey's first nuclear power plant is unlikely to be ready before 2022, energy officials said on Monday of the $20-billion project that has been beset by regulatory hurdles and complicated by Russia's financial woes. Dependant on imports for almost all of its energy, Turkey has embarked on an ambitious nuclear program, commissioning Russia's State Atomic Energy Corporation (Rosatom) in 2013 to build four 1,200 megawatt (MW) reactors. With energy import costs at about $50 billion annually and demand forecast as the fastest growing in Europe, Ankara wants at least 5 percent of its electricity generation to come from nuclear energy in under a decade, cutting dependency on natural gas largely bought fromRussia. Rosatom initially pledged to have the first of the four reactors in the southern Turkish town of Akkuyu ready by 2019. A senior Turkish energy official said the project would not be online before at least 2022, given that ground-breaking has yet to happen. "The first reactor can be online at least seven years after the ground-breaking so the 2019-2020 date is impossible," the official said. "This is a key project for Turkey. The schedule needs to be sped up," Energy Minister Taner Yildiz told Reuters. Part of the delay has been environmental approval after heightened concern about nuclear power following the 2011 earthquake and tsunami that crippled Japan's Fukushima plant. Akkuyu NGS, the project company set up by Rosatom, had to wait for almost a year to obtain environmental approval from Turkish authorities. Consent was given in December, coinciding with Russian President Vladimir Putin's visit to Turkey. ECONOMIC WORRIES Analysts say Russia's economic troubles because of collapsing oil prices and western sanctions over Ukraine may also have weighed on Rosatom's finances. "The Akkuyu timeline was -- and remains -- completely unrealistic," Aaron Stein, associate fellow at British defense and security think-tank the Royal United Services Institute (RUSI), said. "The issue has, in recent months, become far more complicated because of Russia's economic deterioration." Milko Kovachev, vice president at Rosatom Overseas, said the project would be completed on time, without giving a date. "The program is clear, the dates are set. I believe that our commitment will be fully met as it is planned," he told Reuters on the sidelines of a nuclear summit in Istanbul. Rosatom retains the right to sell up to 49 percent of the stake in its wholly owned subsidiary Akkuyu NGS. Stein of RUSI said it had tried to do so, but had found no buyers. "Investors will carefully choose the time to come into the project," Kovachev said, given the lengthy construction period. "It is very superficial to say today there are no investors, there are issues." - Reuters