They discussed the matter of mutual interest and regional situation.

Lauding Pakistan’s role in the war against terrorism, the Turkmenistan defence minister reiterated the resolve to continue their support.

Earlier, he was presented the guard of honor at GHQ. He also laid a floral ‘chaddar’ at the Yadgar-e-Shuhda. 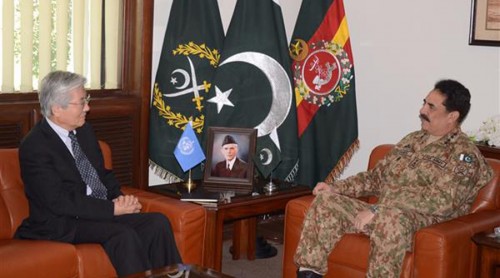 He appreciated Pakistan role for peace and stability in Afghanistan. He also lauded the successes and sacrifices of Pak Army in the war against terrorism.