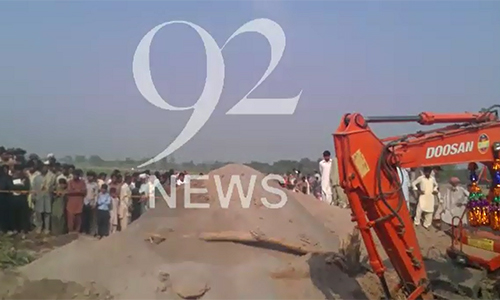 SHUJABAD (92 News) – Two kids were buried alive when a mound fell on them in Shujabad on Monday. Asafd, 9, and Sajid, 10, were taking a bath in a tube-well when the mound fell on them. Rescue 1122 officials recovered the bodies after hectic efforts. Meanwhile, Chief Minister Shahbaz Sharif has taken notice of the incident and demanded a report from the administration.