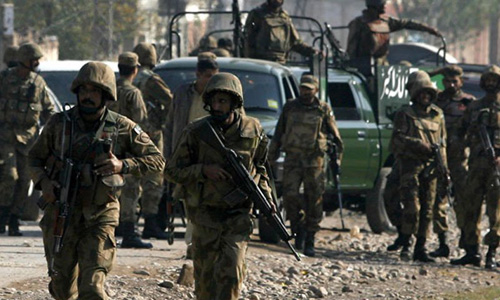 PESHAWAR (92 News) – Two people were killed while seven others injured when unknown gunmen opened fire on security forces near Gora Graveyard on Thursday. After the incident, the security forces cordoned off the area and launched a search operation.