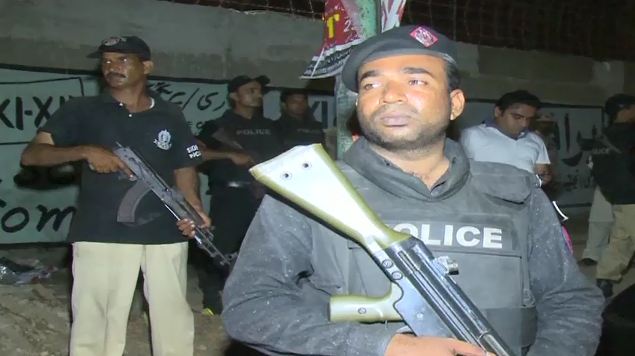 KARACHI (92 News) – At least two suspects killed while police detained six persons including five extortionists in different incident in Karachi on Wednesday. In a shootout incident police killed two suspects in Gulshan-e-Iqbal Nipa Chowrangi. Police said that the deceased suspects were looting people. In another incident, police detained two injured suspects after shootout in Jamshed Quarter in the wee hours of Wednesday. Meanwhile, Rangers conducted an operation in Ittehad Town and Norani Basti and detained five extortionists including a gang war terrorist. In other incidents, a woman namely Mehreen was killed while two other sustained bullet injuries, when some unidentified armed assailants opened firing near Defence Khayaban Shaheen and Gareebabad.