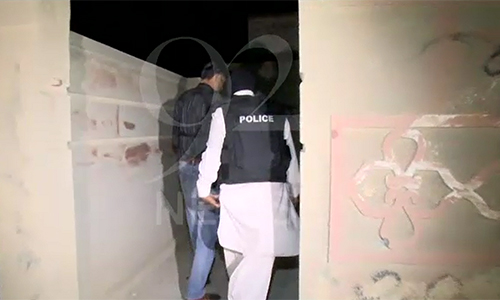 KARACHI (92 News) – Two terrorists were killed while an ASI was injured in an encounter with the police at Northern Bypass on Saturday. Two terrorists managed to escape. A huge quantity of weapons, two bombs and explosives were recovered the terrorists. In another incident, two injured accused were arrested after an encounter in Liaquatabad.