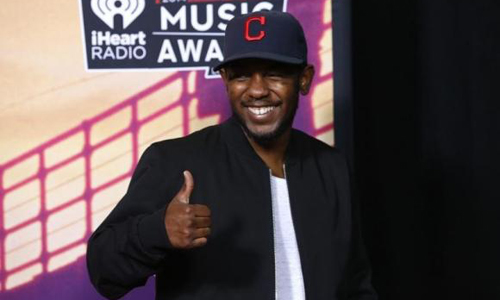 LONDON - US rapper Kendrick Lamar scored his first British number one album on Sunday when his "To Pimp A Butterfly" knocked Sam Smith's "In the Lonely Hours" off the top spot in its first week of release, the Official Charts Company said on Sunday. Lamar's follow-up to his 2012 debut had already broken global records for music streaming service Spotify when it was streamed more than 9.6 million times on the service on Monday. British singer-songwriter Smith, however, retained his position at the top of the Official Singles Chart for a second week with his collaboration with John Legend, "Lay Me Down", in aid of charity Comic Relief. Electronica trio Years & Years' "King" held onto the number two spot, while "FourFiveSeconds" by Rihanna, Kanye West and Paul McCartney climbed two places to number three, and clinched the title of the week's most streamed track, with 1.98 million streams, the Official Charts Company said. - Reuters