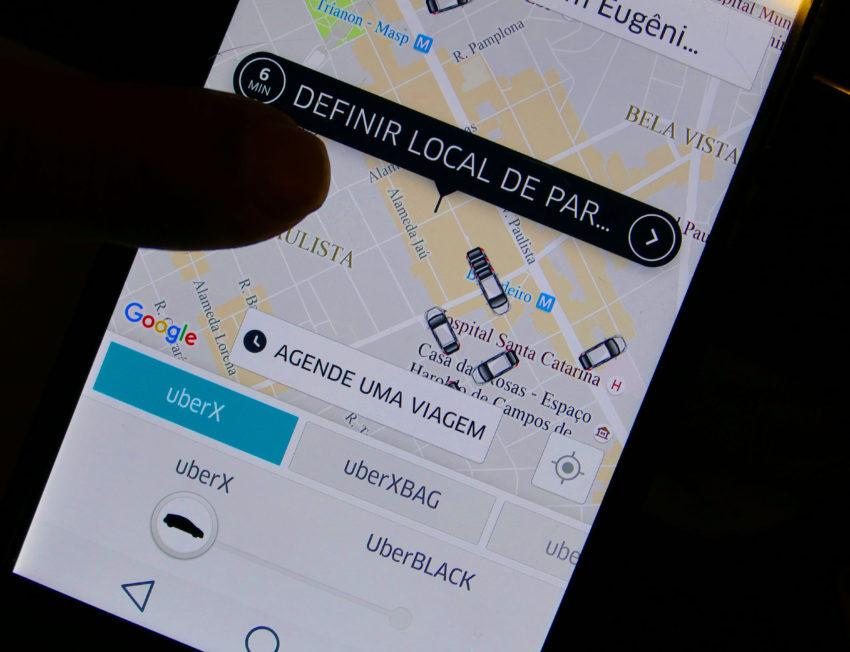 SAO PAULO (Reuters) - Ride-hailing company Uber Technologies Inc plans to open a 250 million-reais ($64-million) center in Brazil that will research technology to make it safer for its drivers to accept cash, a key payment method in its rapid expansion in Latin America, the company said Friday. Uber’s Safety Product Director Sachin Kansal said in an interview that the investment over the next five years would fund an office with around 150 tech specialists in Sao Paulo, its biggest city in the world by rides, focused on a variety of safety solutions. Brazil is Uber’s second-largest national market after the United States with 1 billion rides in the past four years and a profitable bottom line, according to executives. Yet the imperative of accepting cash for rides here instead of relying solely on credit and debit cards as it does in the United States has also brought safety challenges. Chief Executive Dara Khosrowshahi, who took the reins one year ago, has said safety is now Uber’s top priority. While in the United States and other developed markets, concerns have focused on the safety of riders, in emerging markets the danger can cut both ways, as drivers accepting cash payments have become targets for attacks from riders. “Cash is extremely important for us to support,” Kansal said in an interview at Uber’s Sao Paulo office. “There is a certain segment of society which does not have access to credit cards and that is also the segment of society that is probably in the most need of convenient, reliable transportation.” New tools were helping to confirm the identity of users without credit cards, he said. One such method, which requires the Brazilian equivalent of a social security number for a rider to pay with cash, was introduced last year after Reuters revealed a spike in attacks on Uber drivers as the company rolled out cash payments. Kansal said Uber was also using machine learning to block trips it considered risky before they happened. He declined to share the number of trips that had been flagged by its systems. Uber also allows drivers and riders to share their locations in real time with contacts. The percentage of Uber users that activate the feature is in the “high single digits,” he said. “Drivers are using it more than riders globally,” Kansal said, “but the magnitude of that difference in Latin America is actually quite high.” Kansal said he had not researched the disparity and declined to offer an explanation.

(Reuters) - As US customers gradually hail more rides after a year of pandemic restrictions, Uber Technologies Inc’s and Lyft Inc’s recovery story is clouded by driver shortages and regulatory threats to have workers reclassified as employees.

(Reuters) - The CEO of Europe's largest restaurant order and delivery company Just Eat Takeaway.com on Wednesday brushed aside competition from rival Uber Eats after it said it would launch in Germany, one of Takeaway's biggest markets.

BRASILIA (Reuters) – Federal prosecutors in the Brazilian state of Roraima are investigating reports that illegally-mined gold is being exchanged for COVID-19 vaccines in the Yanomami indigenous reserve, the prosecutors office told Reuters on Wednesday.

NEW DELHI, (Reuters) -Hundreds of thousands of Hindu devotees flocked on Monday to take a holy bath in India’s Ganges river, even as the nation racked up the world’s highest tally of new daily coronavirus infections.

'A biological Fukushima': Brazil COVID-19 deaths on track to pass worst of US wave

RIO DE JANEIRO (Reuters) - Brazil’s brutal surge in COVID-19 deaths will soon surpass the worst of a record January wave in the United States, scientists forecast, with fatalities climbing for the first time above 4,000 in a day on Tuesday as the outbreak overwhelms hospitals.

BRASILIA (Reuters) -Brazil’s Defense Ministry on Wednesday named new commanders of its armed forces, a day after the previous three chiefs were sacked as part of President Jair Bolsonaro’s unprecedented attempt to meddle in the military.