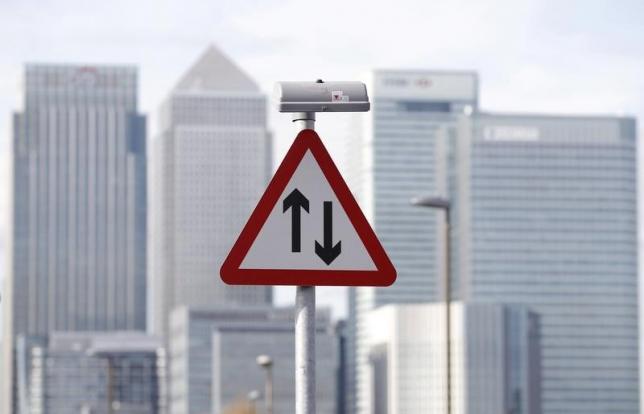 LONDON - Britain has done more to tackle secretive company ownership practices which facilitate corruption than other leading economies, while the United States and China are falling short of their promises, a leading anti-corruption group said. Britain has made good progress on making beneficial ownership information accessible, having legislated for a central registry of individuals who ultimately control companies, but its progress risks being undermined by continuing secrecy in its overseas territories, Transparency International said on Wednesday. The United States and China, the world's biggest economies, were among the worst performers in the campaign group’s ranking of beneficial ownership transparency among Group of 20 countries, which include many of the world's largest economies. "Pick any major corruption scandal in recent history ... and you will find a secret company was used to pay a bribe, shift and hide stolen money, or buy luxury real estate in places like London and New York," Transparency International Managing Director Cobus de Swardt said. "It makes no sense that this gaping loophole for the corrupt remains open. What is stopping G20 countries from actively shutting down this vital avenue to corruption, despite promises to do so?” The report comes before a G20 summit in Turkey this weekend where leaders will discuss a set of beneficial ownership principles agreed last year to make it harder for people, including corrupt officials, to hide behind secret companies. Governments and campaign groups are concerned about company ownership transparency because webs of companies in secretive locations are important vehicles for money laundering. Up to $2 trillion (£1.32 trillion) is laundered each year globally, Transparency International said The United States, which has the largest share of the world's offshore financial services market, was also criticised earlier in November by campaign group Tax Justice Network for not doing enough to combat international financial secrecy. The network said that the United States remains a tax evasion haven, despite insisting other countries hand over taxation information about US citizens. BRITAIN OFFSHORE Low taxes and high secrecy make many British Overseas Territories and Crown Dependencies, such as the British Virgin Islands and the Cayman Islands, attractive places for businesses to register, and vast sums of money flow through them. "The UK needs to do more to ensure that the Overseas Territories are not used as a safe haven for laundering illicit and corrupt wealth," said Transparency International, which did not include these countries in its assessment of Britain's progress. Tax Justice Network, in its 2015 financial secrecy index which was topped by Switzerland, also singled out Britain's overseas territories as a major obstacle to the country's anti-corruption work. "Had we treated the UK and its dependent territories as a single unit, it would easily top the 2015 index, above Switzerland," Tax Justice Network said. -Reuters