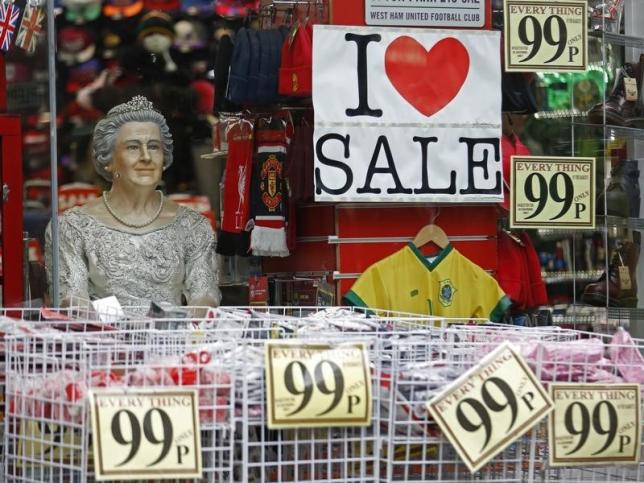 LONDON - Prices in British shops in October were 1.8 percent lower than a year earlier, a slightly less marked rate of decline than in September, the British Retail Consortium said on Wednesday. The BRC said it expected shop prices to continue falling in the run-up to the Christmas trading period as retailers try to attract shoppers. Food and non-food prices fell last month at a slower rate, the BRC said, with clothing, books and DIY items experiencing the deepest levels of deflation. "With the all-important Christmas trading season arriving soon, non-food retailers will need to maintain these lower prices to drive footfall," Mike Watkins, head of retail and business insight at data company Nielsen, which collates the data, said. British consumer price inflation edged back into negative territory in September after cheaper fuel and clothing pushed down average prices. The Bank of England has said it expects inflation to pick up in 2016. It is expected to say on Thursday that it has kept interest rates on hold for an 80th consecutive month. -Reuters