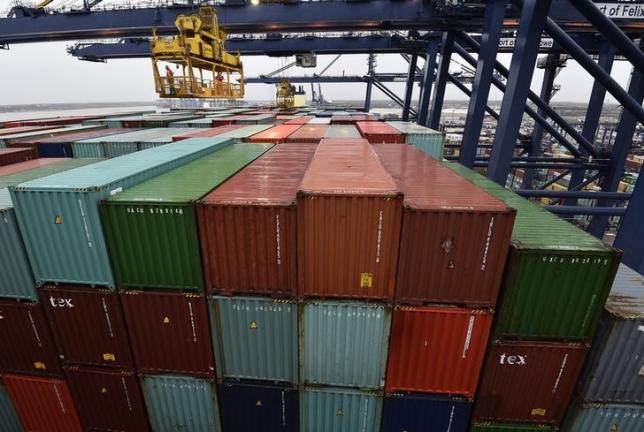 LONDON - Britain's economy slowed in the three months to September, official data confirmed on Friday, as trade posed the biggest drag on quarterly growth on record against the backdrop of a slowing global economy. The economy grew 0.5 percent in the third quarter, the Office for National Statistics said, confirming a preliminary reading, and slowing from 0.7 percent growth between April and June. The figure was in line with a forecast in a Reuters poll. Growth was 2.3 percent higher than a year ago, down from 2.4 percent in the second quarter and showing the economy had slowed from last year's rapid 2.9 percent rate which outstripped those of other major advanced economies. Trade lopped 1.5 percentage points off growth in the third quarter, a sharp turnaround from a contribution of 1.4 percentage points in the second quarter, as imports saw their biggest growth in nearly 10 years. The slowdown in Britain's recovery reflects a global economic slowdown led by emerging markets such as China. British exporters have also struggled with a rise in sterling this year. -Reuters