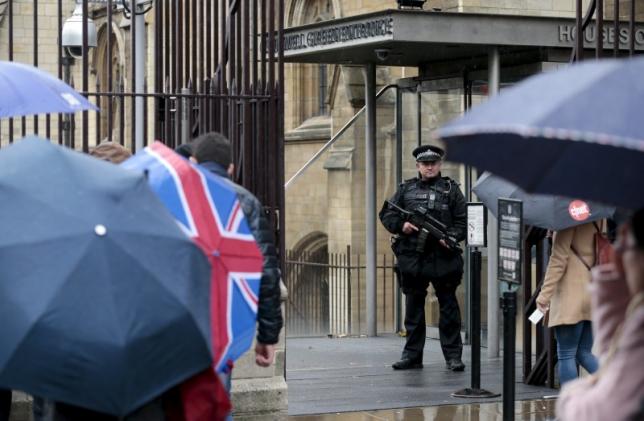 BELEK - Britain will boost its intelligence agency staff by 15 percent and more than double spending on aviation security to counter the increasing threat from Islamist militants, Prime Minister David Cameron said on Monday. The government said it had decided to increase resources in the wake of the growing number of plots against Britain and recent militant attacks, including those in Paris and Tunisia. "I am determined to prioritise the resources we need to combat the terrorist threat because protecting the British people is my number one duty," Cameron said in a statement. "This is a generational struggle that demands we provide more manpower to combat those who would destroy us and our values." The government said that as part of a broader five-year defence and security review, due to be published on Nov. 23, it would fund an extra 1,900 officers at its MI5 and MI6 spy agencies and GCHQ intelligence agency. It also plans a "step change" in aviation security following the crash of a Russian airliner in Egypt last month, which Britain has said it believes was brought down by a bomb. Cameron is due to discuss aviation security with other world leaders at the G20 summit in Turkey on Monday, including during a bilateral meeting with Russian President Vladimir Putin. The British leader has also ordered a rapid review of security at several airports around the world, in particular in the Middle East and North Africa and airports through which high numbers of British citizens travel. The assessments, due to be conducted over the next two months, will focus on measures such as passenger screening, physical security at the airport, hold baggage and freight screening. Additional security measures put in place at potentially vulnerable airports over the past year will also be reviewed, and the National Security Council will on Tuesday discuss British aviation security policy, the government said. Cameron said he planned to more than double government spending on aviation security, currently around 9 million pounds ($13.70 million) a year, over the next 5 years. This new funding will provide extra aviation security experts to regularly assess security at airports around the world as well as advice, training and equipment for other countries to help them increase security at airports. It will also fund research into screening technology and to detect new threats, the government said. -Reuters