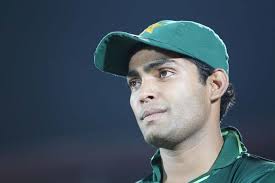 LAHORE (92 News) – Pakistani middle order batsman Umar Akmal has on Tuesday sent a legal notice of Rs 50 million compensation to Pakistani model Rachel Khan over blaming him of harassment. As per details, the Lawyer of Umar Akmal Mobeen Qazi sent legal notice to the model Rechal Khan for cheap publicity. Umar Akmal has demanded apology from Rachel Khan within 15 days otherwise she would have to face legal action against her. Rachel Khan, a model from Lahore, accused Umer Akmal of misbehaves.