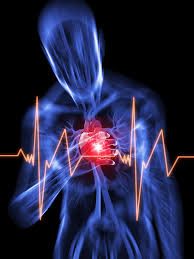 NEW YORK - Although oncologists increasingly distinguish breast, lung, and other cancers by their molecular drivers, cardiologists have lagged behind in efforts to do something similar for heart disease. A study published on Monday could help remedy that: Researchers have found evidence of a genetic basis for an enigmatic kind of heart attack that preferentially strikes young women. The discovery could help cardiology embrace "precision medicine," in which illnesses that seem alike turn out to differ in their underlying mechanisms. Just as breast cancers driven by one mutation need different chemotherapy than those driven by another, many heart attacks likely have different causes and so need different treatment. "The key to precision medicine will be splitting instead of lumping diseases together," said cardiologist Joseph Loscalzo of Brigham and Women's Hospital and Harvard Medical School. "If we subcategorize patients, we should get better responses to therapy" than with one-size-fits-all approaches. In the new study, in JAMA Internal Medicine, researchers at the Mayo Clinic combed a registry of patients who had suffered spontaneous coronary artery dissection (SCAD), in which one layer of a coronary artery splits off from another like cheap laminate. Blood seeps out between the arterial layers, starving the heart of oxygen and causing chest pain. If not treated quickly, it can cause heart attack and sometimes death. Once considered rare, SCAD in fact causes up to one-third of heart attacks in women under 50. But it frequently goes unrecognized. That is a problem because treatment for common heart attack - clearing arterial blockages - can worsen SCAD. Some 30 percent to 40 percent of SCADs should be left to heal on their own, said Mayo's Dr. Sharonne Hayes, who led the study. She and colleagues identified five pairs of relatives, including first cousins, with SCAD. It is the first evidence that at least some SCAD is genetic, a step toward identifying the relevant DNA. One of the cousins was about to undergo a procedure to clear what doctors assumed was a blocked artery. A physician suddenly realized that her symptoms and profile resembled another young woman: She died when the blockage-clearing procedure fatally injured her SCAD-damaged artery. The procedure was canceled and the cousin recovered on her own. Doctors should be aware, Hayes said, that women without standard risk factors for heart attack, such as elevated cholesterol, but with a female relative who had a heart attack before age 50 may be at risk for SCAD. - Reuters