United is my last job in football, says Van Gaal 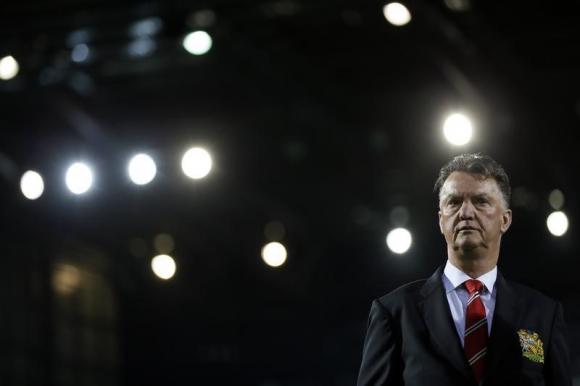 United is my last job in football, says Van Gaal

LONDON - Manchester United manager Louis van Gaal will retire from football when he leaves his job at Old Trafford, he was quoted as saying by The Daily Telegraph on Thursday. “This is my last job. For sure," he said in an interview published on the newspaper's website (www.telegraph.co.uk). "I have to pay attention to my kids, my grandchildren but also to my wife. They deserve it. Now I cannot pay that attention." The 63-year-old Dutchman, whose United contract runs until 2017, has managed some of the world's top teams including Ajax Amsterdam, Barcelona, and Bayern Munich, and guided the Netherlands to the World Cup semi-finals in Brazil. “It is an honour and a challenge to be coach of United because I was trainer-coach of No. 1 (team) in the Netherlands, No. 1 in Spain and No. 1 in Germany," he said. "I had a choice to be manager of different clubs (like Tottenham Hotspur). I have chosen the No 1. I am very proud. I don’t think there are many other coaches who can say that." Van Gaal, who won the Champions League with Ajax in 1995, said he had always set out goals. "Everything that I’ve reached I’ve set in advance -- that I go to the Premier League for example," he added. "I said it a year before (the World Cup) to my federation, and everybody was ‘aghhh, it is not possible’. I said: ‘I go after the championships’. One experience in the world championship is, for me, enough.” At United his ambition is to build a team capable of winning the Champions League and Premier League. “That’s our goal, yes, and it depends on how we end this season," he said. "We have to qualify for the Champions League and we have many tests next year. That also develops the level of your team, and of course how many players can come in to improve our selection.” Once Van Gaal has finished with the rebuilding job at United he plans to retire to the Algarve with his second wife Truus, who he said had wanted him to quit for the last five years. "I have a paradise in Portugal. I want to quit to go there, play golf, eat fantastic food. There are very good wines in Portugal. There is the beach, the very beautiful weather."