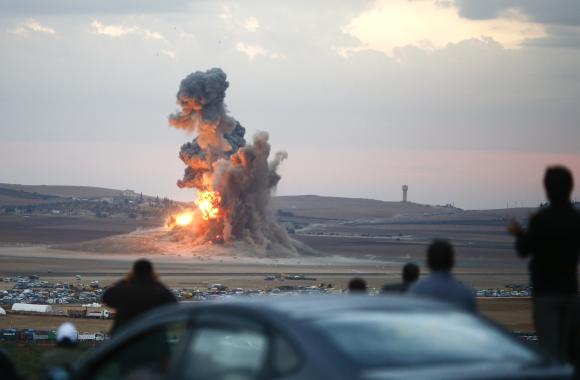 WASHINGTON (Reuters) - The United States and its allies staged 25 air strikes on Islamic State fighters in Iraq and Syria, focusing on the Syrian cities of Kobani and Hasakah, the Combined Joint Task Force said on Monday. In attacks from Sunday morning through Monday morning, the coalition staged 11 strikes near Hasakah that hit 10 tactical units and six raids near Kobani that struck five tactical units and five fighting positions, the task force said in a statement. With the coalition's help, Syrian Kurds have been pushing Islamic State in recent fighting. An air strike near the Syrian town of Dayr az Zawr also hit an Islamic State oil facility. In Iraq, Islamic state tactical units, fighting positions, vehicles and checkpoints were hit in seven strikes near Mosul, Kirkuk, Al Asad, Ar Rutbah and Tal Afar, the task force said.