US banks' buybacks, dividends may be no reason for shareholder celebrations 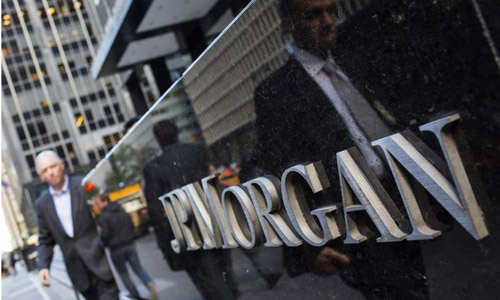 US banks' buybacks, dividends may be no reason for shareholder celebrations

NEW YORK - Big US banks, including JPMorgan Chase & Co (JPM.N) and Citigroup Inc(C.N), are expected to win Federal Reserve backing on Wednesday to buy back more shares and increase their dividends in the coming year, but the approvals may be as much about the institutions’ financial engineering as any improvement in their health. Much of the money for buybacks and higher dividends is coming from the banks issuing securities known as preferred shares. These shares are a type of equity that pays regular, relatively high dividends. To investors they look a lot like bonds that pay interest. But for regulators, preferred shares serve as a cushion against any future losses, in part because they never have to be repaid. Critics of the strategy question how sustainable it is, as banks essentially take money from one set of investors and give it to another, and at an added cost. Issuing preferred shares to pay for common share dividends and buybacks is a symptom of a "zombie banking system," said veteran banking analyst David Hendler of independent research firm Viola Risk Advisors. "Banks should be building capital from normal lending and trading profits, but their operating income is terrible," he added. Income has been falling or stagnant at the biggest Wall Street banks, thanks in part to big legal settlements stemming from the financial crisis. For the US banking system as a whole, operating income in 2014 was $151.15 billion, down 0.4 percent from the year before, according to the Federal Deposit Insurance Corp. Spokesmen for Citigroup, JPMorgan and the Federal Reserve declined to comment. To be sure, the steps banks are taking are within regulators' rules. The Federal Reserve allows banks to use preferred shares for at least part of their capital. Citigroup, for example, issued $3.7 billion of preferred shares in 2014 and has publicly disclosed plans to issue $4 billion of preferred shares this year and another $4 billion to $6 billion before 2019. Veteran bank analyst Mike Mayo, who is at brokerage CLSA, estimates that the bank will ask to return roughly $7 billion of extra capital annually to shareholders in the coming year. “The preferred gives them an extra cushion” over minimum capital requirements to make the payouts, Mayo said. Selling preferred shares to boost payouts to common shareholders can't go on forever without banks improving their results enough to boost their capital levels significantly. Mayo expects that next year Citigroup will come up with additional excess capital from a planned sale of assets, including its OneMain personal lending unit. JPMorgan issued nearly $9 billion of preferred shares this past year and other banks have said they expect to issue more. JPMorgan said in February that the sales will go toward satisfying pending requirements that big banks have enough capital to absorb losses in a financial crisis. JPMorgan will likely win approval to increase its dividend by 10 percent and buy back stock at an annual rate of $7.3 billion a year, up 25 percent from last year, according to analyst John McDonald of Bernstein Research. INVESTORS HOLD THEIR NOSES Bank executives started publicly toying with the idea of issuing preferred shares a few years ago as they looked for ways to meet higher capital requirements that are being phased in through 2019. In 2014, JPMorgan sold $8.9 billion of preferred shares over six different offerings. The money wasn't cheap. Dividends on five of the six issues topped 6 percent as of the end of December, according to the company's annual filing with the US Securities and Exchange Commission. Dividend yields on bank preferreds have been about four percentage points higher than yields on 10-year bank debt, according to Barclays’ fixed-income research. Bank debt would, though, be paid out before preferred shares in the event of a bank liquidation, making it a safer bet for investors. Declared dividends for all of JPMorgan's preferreds amounted to $1.1 billion in 2014, compared with $6.1 billion in common dividends. For common shareholders, the preferred dividends were subtracted from the company's reported net income, leaving $20.6 billion for common equity and reducing earnings per share by about 30 cents, or 5 percent. That in itself can hold back a bank's share price. Buyers of preferred shares are attracted by the high dividends. They take a sizeable risk because often the bank will never redeem the shares, and they can only be sold to other investors. Dividends may also be suspended on the securities. "Out of necessity, they hold their noses and buy it," Viola's Hendler said. The shares wouldn't have the same appeal if yields on bank debt weren't so low, he added. – Reuters