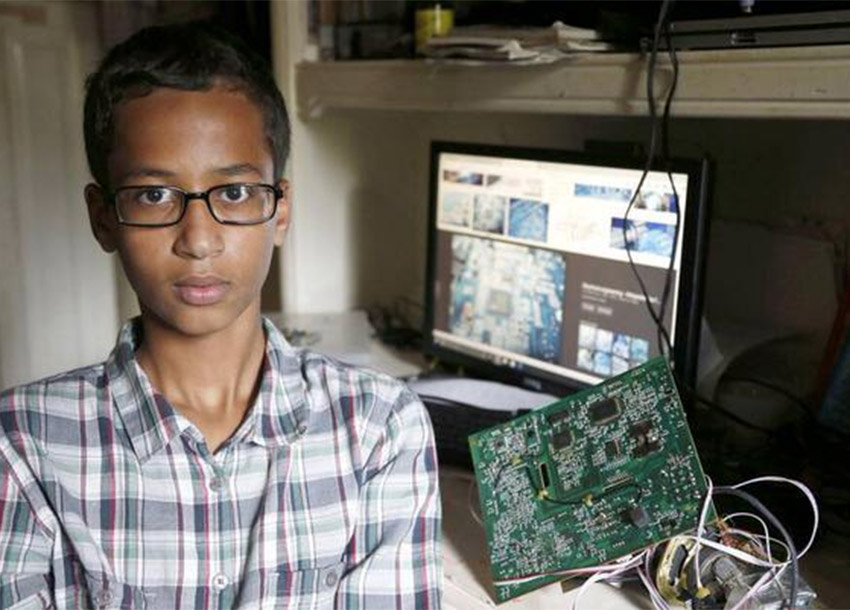 TEXAS (92 News) – A boy who was arrested for taking a homemade clock to class is seeking $15m (£10m) from his city and school. Ahmed Mohamed, 14, was held by police and suspended from his school in Texas because his teacher mistook the clock for a bomb. His lawyer said in a letter that the incident, which made global headlines, sparked threats against the teenager and left him deeply traumatised. Ahmed and his family have since moved to Qatar to complete his education. The arrest sparked outrage, sympathy and the trending hashtag #StandWithAhmed. His lawyers are asking for $10m (£7m) from the city of Irving and $5m (£3.3m) from the Irving Independent School District, saying that Ahmed was "publically mistreated" and remains scarred. In addition to the compensation they want an apology, saying that in the aftermath of the arrest, he received threatening emails and feared for his safety, causing "severe psychological trauma". The lawyers will file a civil action suit if the school does not comply within 60 days, they said. "Irving Police officials immediately determined that the clock was harmless. The only reason for the overreaction was that the responsible adults involved irrationally assumed that Ahmed was dangerous because of his race, national origin and religion," the lawyers wrote in a letter to the City of Irving. Ahmed said that at the time it was "very sad" that his teacher thought his clock was a threat. His arrest was sharply criticized, and he received an outpouring of support including an invitation to the White House.