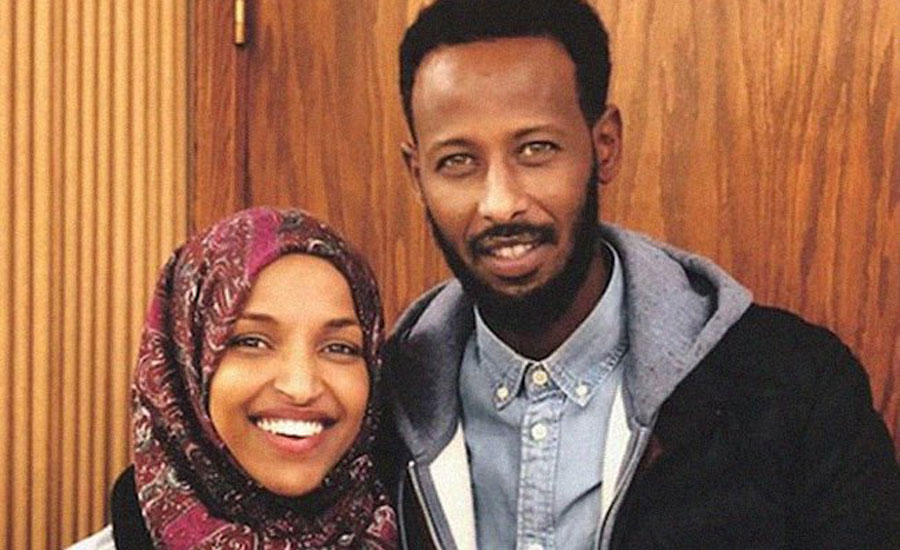 NEW YORK (Web Desk) – US Congressperson Ilhan Omar has filed for a divorce from her husband, Ahmed Hirsi, after years of speculation and inuendo from political opponents and the media, a spokesperson for the Minnesota Representative confirmed. In a statement to celebrity tabloid website TMZ, her spokesperson said: “As with all marriages, this is intensely personal and a difficult time for their family. This has taken a significant toll on Ilhan, Ahmed, and their three children.” "Just like any other family navigating this kind of transition, Ilhan wishes to have their privacy respected for themselves and their children and will not be commenting any further," it added. Her divorce petition, interestingly, coincides with her birthday. Documents obtained exclusively by the publication indicated that a hearing was scheduled for October 29 and that the Minnesota Representative cited “irretrievable breakdown of the marriage relationship” as the reason for the divorce. The spokesperson's comment about "speculation and inuendo from political opponents and the media" referred partially to conservative media outlets' reports alleging that Omar had an affair with a political consultant, whose wife had earlier filed for a divorce. Both Omar and the consultant have reportedly denied the allegations. Omar — who entered the US political scene last year as part of "The Squad" of trailblazing Congress lawmakers — has three children with Hirsi and all three are minors. Omar has sought joint custody of all three children with Hirsi.