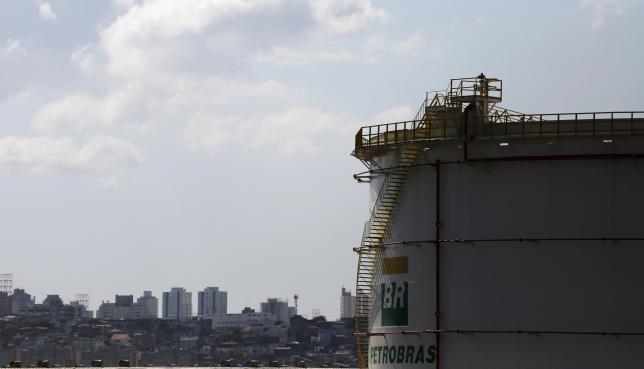 RIO DE JANEIRO/NEW YORK - Brazil's Petrobras may need to pay record penalties of $1.6 billion or more to settle US criminal and civil probes into its role in a corruption scandal, a person recently briefed by the company's legal advisors told Reuters. State-run Petroleo Brasileiro SA, as the company is formally known, expects to face the largest penalties ever levied by US authorities in a corporate corruption investigation, according to the person, who has direct knowledge of the company's thinking. The settlement process could take two-to-three years, this person said. To date, the largest settlement of corporate corruption charges with the US Department of Justice and the US Securities and Exchange Commission was a 2008 agreement with Siemens AG, the German industrial giant. It agreed to pay the US $800 million to settle charges related to its role in a bribery scheme, and paid about the same amount to German authorities. The person told Reuters the legal advisors said they believed Petrobras faced fines that could be as large as, or more than, the $1.6 billion in combined US and German penalties that Siemens faced. Two other sources with direct knowledge of Petrobras' plans also said that any settlement, while several years away, would likely be "large," but declined to give a specific estimate. All three sources requested anonymity, and cautioned that any estimates for the size of possible fines are very preliminary. Petrobras has not yet begun settlement talks with US authorities, whose investigations are believed to be in an early phase, they said. In November, the SEC sent a subpoena to Petrobras requesting information about the widening corruption investigations that have ensnared top company executives, major private contractors and senior politicians in Brazil. According to people familiar with the matter, the DOJ, which can bring criminal charges, is also investigating the company. BID-RIGGING Petrobras' lawyers maintain that the firm was a victim of corruption and bid-rigging by engineering firms and other suppliers to the firm, a group of former employees who allegedly took or arranged bribes, and Brazilian politicians who benefited from kickbacks from Petrobras suppliers, according to Petrobras officials. However, the attorneys also said they believe that investigations by US authorities are likely to result in charges that Petrobras itself violated the US Foreign Corrupt Practices Act (FCPA) and securities laws, according to the person who was briefed. Last December, Brazil's Prosecutor-General Rodrigo Janot said Brazilian prosecutors were cooperating with investigations by the SEC and the DOJ into whether the corruption scheme hurt the interests of US investors in Petrobras shares listed in New York. In an e-mailed response to questions, Petrobras declined to comment on the US investigations or any estimates of how much an eventual settlement may cost. The DOJ and the SEC also declined to comment for this article. Petrobras falls under US jurisdiction because its shares are traded in the United States – until recently it was the largest foreign company on the New York Stock Exchange. The person who was briefed said legal advisors warned Petrobras that if money related to the case moved through US banks it could open the company up to prosecution. Brazilian prosecutors have produced evidence that some of the illegal payments were arranged on US soil, according to court documents filed in Brazil. This source also said the advisors’ view was that a negotiated settlement and penalties makes more sense than fighting the US Justice Department. Such fines would be another financial hit for Petrobras, whose market value has sunk to less than $40 billion from nearly $300 billion seven years ago. Brazilian prosecutors have made no moves to punish the company, even though their investigation has led to more than 100 indictments. Two senior Petrobras executives are among a dozen people who have already been convicted in Brazil for offences such as money laundering and racketeering. Petrobras executives allegedly conspired with construction and engineering companies and other suppliers to rig bids and inflate the cost of contracts. The excess was then kicked-back to executives, politicians and political parties as bribes and campaign contributions, according to Brazilian court documents, including court rulings and prosecutors' presentations. Brazilian prosecutors say they have found no evidence of illegal payments that went directly from Petrobras to government officials. But even if the company is not found to have bribed officials it could be penalized under the "books and records" provision of the FCPA. The provision requires companies to keep accurate financial accounts and maintain an adequate system of internal accounting controls. Petrobras took a $17 billion charge against earnings in 2014 to account for over-valued assets in the wake of the scandal. At the time, Petrobras said 12 percent of that total, or more than $2 billion, was directly related to corrupt acts not accounted for in earlier periods. Since November, Petrobras has been working to limit the damage. The oil company hired US law firm Gibson, Dunn & Crutcher and the Brazilian law firm Trench, Rossi e Watanabe to conduct an internal investigation into the allegations and has promised to turn over information to the authorities. The law firms report to Ellen Gracie Northfleet, former chief justice of Brazil's Supreme Court and Andreas Pohlmann, who was chief compliance officer of Siemens from 2007 to 2010 - the period in which it agreed to pay the record-setting fines. Gracie and Pohlmann were hired in December by the Petrobras board to ensure that the investigation remained independent. Gibson Dunn did not respond to a request for comment. Trench, Rossi e Watanabe declined to comment. Petrobras also created a compliance unit with an independent senior executive with broad powers and a mandate to investigate anyone at the company, including the chief executive. Cooperation with ongoing investigations by the US authorities may reduce the amount of penalties negotiated in a settlement deal, legal experts said. Some of Petrobras' contractors could face their own large US penalties for bribing Petrobras executives, who are considered government officials under the FCPA, the experts said. -Reuters