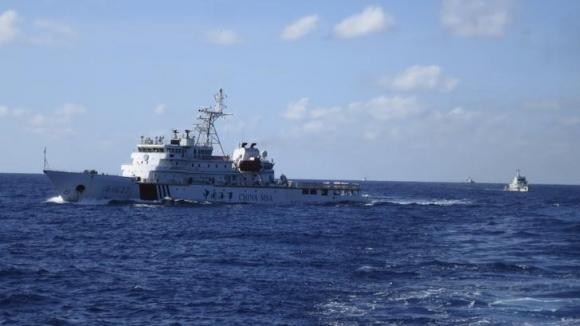 SYDNEY - Vietnam and Australia called on Wednesday for "self-restraint" in the SouthChina Sea and warned against the unilateral use of force, an obvious reference to China's increasingly aggressive presence that has stirred concerns across the disputed region. Vietnamese Prime Minister Nguyen Tan Dung met Australian counterpart Tony Abbott in Canberra, where they will sign a deal on issues including security and climate change. Vietnam and other wary Southeast Asian countries have complained about China's controversial policy of land reclamation on disputed isles in the South China Sea. Beijing in turn has said it is not seeking to overturn international order. Dung told the Australian parliament there was an imperative need to draw up a code of conduct for the South China Sea. "We agreed ... (to) exercise self-restraint and refrain from actions that may escalate the tension in the region, including the use of force to unilaterally change the status quo," Dung said. China claims about 90 percent of the South China Sea, displaying its reach on official maps with a so-called nine-dash dotted line that stretches deep into the maritime heart of Southeast Asia. Vietnam, the Philippines, Malaysia, Brunei and Taiwan also have claims to parts of the potentially energy-rich waters that are crossed by key global shipping lanes. Last week, China expressed its anger at the Vietnamese head of the Association of Southeast Asian Nations (ASEAN) for comments he made on the disputed South China Sea, rejecting Chinese claims based on the nine-dash line. Australia and China sealed a landmark free trade agreement in November that would significantly expand ties between them. China is Australia's largest trading partner. Dung said Australia and Vietnam were also committed to working together closely and deepening their friendship. – Reuters