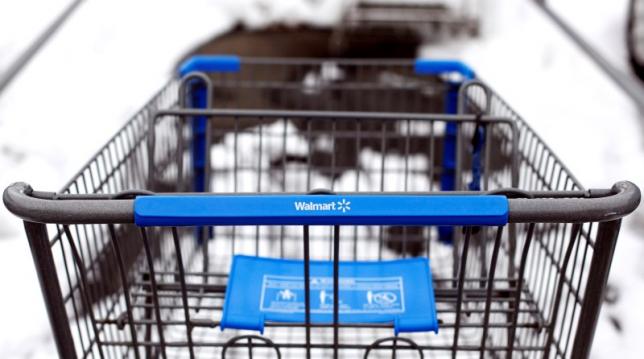 NEW YORK - Wal-Mart Stores Inc has decided that Cyber Monday, the biggest online shopping day of the year, should not start on a Monday anymore. The world's largest retailer by revenue will, for the first time this year, launch all its Cyber Monday deals on the Sunday after Thanksgiving rather than the early hours of Monday morning as in previous years. Cyber Monday's origins trace back more than a decade when people started using the high-speed Internet access at their workplaces to purchase things they saw but did not buy during trips to the shopping mall over the weekend after U.S. Thanksgiving, which falls on the fourth Thursday in November. Now, with Internet access readily available, the logic of limiting the event to a weekday no longer holds, said Fernando Madeira, chief executive of Walmart.com. "The customers have changed but Cyber Monday hasn’t changed with them," Madeira told Reuters. "Now everyone has Internet." Wal-Mart had a handful of 'teaser' deals on Sunday last year but this is the first time it will offer all of its Cyber Monday promotions the day before. It will launch 2,000 online-only specials at 8 p.m. Eastern U.S. time on Sunday, Nov. 29 (0100 GMT on Monday, Nov. 30), up from 500 such deals last year. The move shows how retailers are looking to stretch what were once single-day shopping events in a bid to capture demand. A number of retailers are promoting deals for 'Black Friday' - the day after Thanksgiving and traditionally one of the busiest shopping days - weeks in advance. The early Cyber Monday start also comes as retailers wage a bruising battle for online demand with Amazon.com Inc (AMZN.O), which is several times larger than Wal-Mart in e-commerce sales and is growing at a faster rate. Industry-wide Cyber Monday sales in the U.S. will likely reach $3 billion for the first time in 2015, up 12 percent from last year, according to projections by Adobe. While Cyber Monday is expected to remain the biggest single day in terms of online revenue, Black Friday is expected to close the gap, with sales expected to rise 15 percent to $2.7 billion, Adobe said. -Reuters