Wall St. ends up after economic data; S&amp;P up for a fifth week 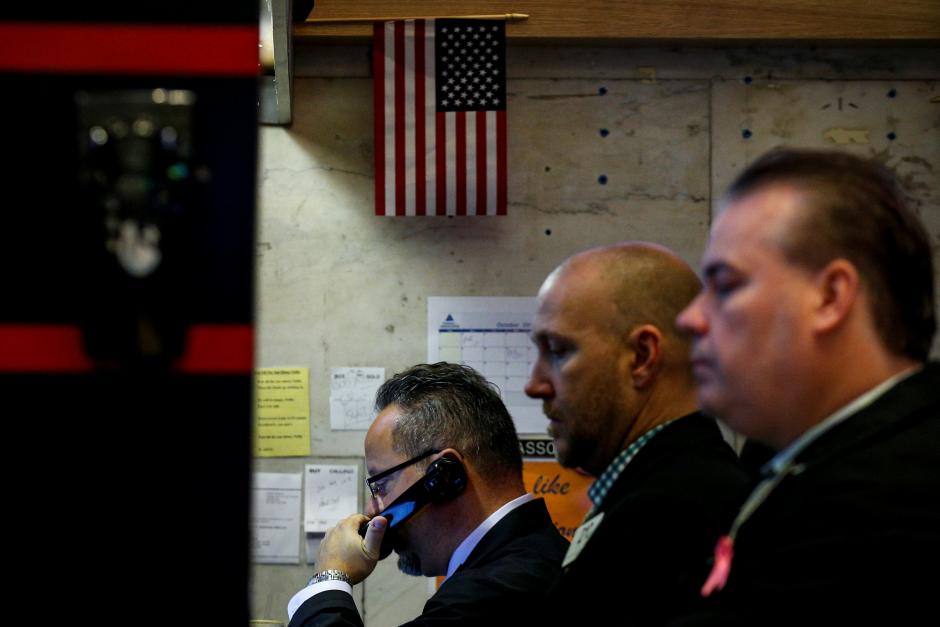 Netflix  shares closed 1.9 percent higher after hitting an intraday record high at $200.82 on a slew of price target increases ahead of its earnings report on Monday.

Apple up 0.6 percent, gave the S&P 500 its biggest boost, while the S&P technology index .SPLRCT was up 0.5 percent. Shares of big banks were mixed following reports from Bank of America and Wells Fargo.

“We’re seeing a continuation of the strength in the market combined with low volatility. There seems to be money searching for stocks and looking for investments, simply because the momentum is still positive,” said Bucky Hellwig, senior vice president at BB&T Wealth Management in Birmingham, Alabama.

“Also we’re entering a seasonal period where it’s difficult to fight the tape. So I imagine there’s cash coming in off the sidelines.”

Bank of America  the second-biggest U.S. bank by assets, rose 1.5 percent after the lender’s profit topped estimates due to higher interest rates and a drop in costs.

But Wells Fargo  tumbled 2.8 percent after it reported lower-than-expected revenue for the fourth straight quarter due to a decline in mortgage banking revenue.

The reports from the Wall Street banks kicked off the third-quarter earnings season, with investors hoping profit growth will help justify valuations after a rally that has sent the S&P 500 up about 14 percent so far this year.

Also limiting the day’s gains, the healthcare sector .SPXHC was down 0.3 percent as health insurers and hospital operators tumbled on news that President Donald Trump scrapped billions of dollars in Obamacare subsidies to private insurers for low-income Americans.

Advancing issues outnumbered declining ones on the NYSE by a 1.43-to-1 ratio; on Nasdaq, a 1.08-to-1 ratio favored decliners.

About 5.8 billion shares changed hands on U.S. exchanges. That compares with the 6.1 billion daily average for the past 20 trading days, according to Thomson Reuters data.